We are back to Normal. Thank You Archbishop Sample.

Dear Faithful of the Archdiocese of Portland,

Beginning on the Solemnity of the Most Holy Body and Blood of Christ this year (June 3, 2018), Archbishop Sample has determined that during the celebration of Holy Mass, after the Lamb of God, the faithful will kneel. (bold by VOCAL)

This change will unite us with the Universal Church, the majority of the Dioceses in the United States and the other diocese (Baker) in the State of Oregon. More importantly, it will aid in the reverent participation of the Holy Mass and increase our devotion to the Holy Eucharist.


The current General Instruction of the Roman Missal (GIRM) states under the section regarding Movement and Postures that: “The faithful kneel after the Agnus Dei unless the diocesan Bishop determines otherwise.” [43] Previously, the Archdiocese had instructed that the faithful remain standing after the Lamb of God. [The General Instruction on the Roman Missal, 2000 Revisions and Adaptations for the Archdiocese of Portland in Oregon.]

After the Lamb of God, the faithful should remain kneeling until they move from their place to receive Holy Communion. The tradition of remaining kneeling after the reception of Holy Communion until the priest has returned to his seat is to be commended.

Those who cannot kneel due to infirmity or other impediment should be seated so as to not impede the view of those who kneel.
Posted by VOCAL at 12:08 PM 1 comments

Archbishop Sample is Encouraging Oregon Catholics to Sign this Petition


The movement around Petition 1 swelled after the signing of House Bill 3391 this summer. The new law requires health insurers to cover abortions.
Petition 1, being circulated by Oregon Life United, would ban public financing of abortions in all cases except those medically necessary or if required to be funded by federal law. The petition has garnered support from Bishop Liam Cary of Baker, Archbishop Alexander Sample of Portland and the Oregon Catholic Conference.
“As followers of Christ, we desire to stand up for the weak and most vulnerable among us. Abortion not only results in the death of a child, but also inflicts severe harm on the mother and father and all who are involved in it,” wrote Archbishop Sample in a letter to his priests.
After three previous attempts at getting enough signatures failed to meet the constitutional requirement for placement on an election ballot, petitioners now need 117,578 by July of next year. As of today, petitioners have about 89,500 signatures.

“The pro-life message and teachings of our church on the dignity of life need to be shared with love, and hopefully, we can get all Catholic Oregonians at least aware of the opportunity to make a difference for life in our state,” said Suzanne Belatti, an organizer for the Petition One campaign.

To get involved
Most parishes have had parishioners involved in the campaign, but not all. Information on becoming a signature gatherer can be received at stopthefunding.org.

The Sound of Abortion 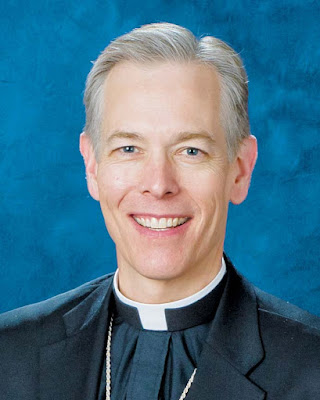