Come, Lord Jesus, Come.  Our Catholic New Year moves us toward Christ: Body through "Little Lent" or Advent and Soul with the New Liturgical Changes in the Mass.

According to present [1907] usage, Advent is a period beginning with the Sunday nearest to the feast of St. Andrew the Apostle embracing four Sundays. The first Sunday may be as early as 27 November this year, and then Advent has twenty-eight days, or as late as 3 December, giving the season only twenty-one days.
With Advent the ecclesiastical year begins in the Western churches. During this time the faithful are admonished:

(With thanks to NewAdvent.org)

Saint Andrew, the first apostle The Church celebrates the feast of Saint Andrew on November 27th, an important date in the annual liturgical calendar, because it determines the date of the First Sunday of Advent, which is the Sunday nearest this Feast. Saint Andrew is the patron saint fishermen, and of both Scotland and Russia.

Andrew, the first Apostle called by Jesus, was a fisherman from Bethsaida and the brother of Simon Peter. A follower of John the Baptist, Andrew recognized Jesus as the Messiah when John baptized Our Lord in the Jordan River, and he introduced his brother Simon to Jesus. The two brothers continued as fishermen until Jesus called them as Apostles.

After Pentecost, it is believed that Andrew went to Greece to preach the Gospel of Christ Jesus.

Saint Andrew, called the "Protoclet" (or "first called") by the Greeks, was crucified at Achaia by order of Roman Governor Aegeas during the reign of Nero. He was bound, not nailed, to the X-shaped cross in order to prolong his sufferings. According to tradition, he preached from the cross for two days, and died on the third day.

First We Fast, Then We Feast:
That's why Advent has traditionally been known as a "little Lent." As in Lent, Advent should be marked by increased prayer, fasting, and good works.  all great feasts have been preceded by a time of fasting, which makes the feast itself more joyful.

Archbishop Vlazny day to resign is his birthday, February 12, 2012.

"Accepted the resignation from the office of auxiliary of the archdiocese of Portland in Oregon, U.S.A., presented by Bishop Kenneth Donald Steiner, upon having reached the age limit."

"Occupy" Movement in Oregon Nurtured by CCHD's Past Grantees

The Catholic Campaign for Human Development (CCHD) will have it's collection this weekend, November 19, and 20th.  Past grantees have been given funds for decades creating the climate; creating the Occupy Portland movement and "army" to occupy the parks and streets.

Throughout the years groups like Street Roots, Sisters of the Road, Dignity Village,  PhotoVoice (a Sisters of the Road project to buy cameras for the homeless so they can film their lifestyles) and anti "Sit-Lie In"  have been funded by CCHD.  We even gave $5,000 to Dignity Village for a lawn. We are still under the spell of Ecumenical Ministries of Oregon and seem to follow their lead on being progressive and liberal.  Finally, Sisters was taken off the list of grantees.

A vocal Oregon Catholic said "this is the sin of Covetousness". Catholic monies have been going to many other groups that cause discontentment.  These people need an answer.  Evangelization.  If we want to end homelessness, greed, violence...Christ and the love of Christ is the only remedy. 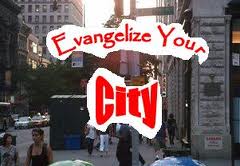 Funds for the unborn cannot touch the hem of the amount that "Catholic social teachings" receive.  Since "life" in the new term Office of "Life" and Justice and Peace
means anti death penalty first, immigration as the main part of Life...the unborn as still left behind, but seemingly used as a way to seem more compassionate.

In 2003 the Office of Justice and Peace was run by Frank Fromherz who was fired by Archbishop Vlazny after decades years of aligning himself and the Archdiocese of Portland with progressive, socialist ideals.

"Frank Fromherz of the Archdiocese of Portland's Office of Justice and Peace, one of the key organizers of the action, explains through an interview taped two weeks later the reasons for the action, its historical context, and the spiritual (and political) motivations for taking such a step. Days after the interview was conducted, Fromherz was fired from his job by the Archdiocese. He was let go at least in part for his outspoken activism against the war, despite the fact that the Pope himself was against the war."
(A letter he wrote sealed his fate, will add soon)

The "founder" of "Dignity Village" was Frank Tafari a friend of Fromherz's.

Archbishop Vlazny and Bishop Steiner to Retire in 2012 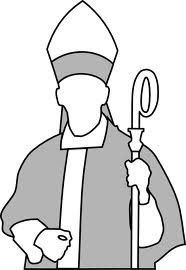 They are sending in their letters of impending retirement to Rome. We wish them well and thank them for their sacrifices.
We pray for our new Archbishop, whoever he is, and know that our new shepherd will be the Lord's Will for Western Oregon. 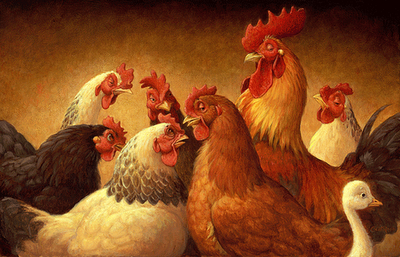 
"Byrdes of on kynde and color flok and flye allwayes together."