Cardinals and Bishops and Priests, oh my! I-5 Corridor isn't exactly the Yellow Brick Road, and the Chiles Center isn't the Emerald City, but it is the place to be the Tuesday after Easter Sunday.

At Archbishop Sample's Installation on Tuesday, April 2nd at 2pm, the presence of four Cardinals, tens of Bishops and of course many, many priests will be at the Chiles Center at the University of Portland for this event.

We are blessed to have Archbishop Sample for our own.  Apparently many clerics are aware of him.


Directions to the Chiles Center at the University of Portland

Alert Please pray for Joyce Sample, the Archbishop's mother.  She has had a severe asthma attack and may not be able to attend her son's installation.  St. Blaise pray for her.
Posted by VOCAL at 7:11 PM 2 comments

"Forgive them Father for they know not what they do."  The Lord said this from the Cross and these words were repeated from a follower of Christ, Bill Diss, regarding his accusers.  In my conversation with Bill today he asked for prayers for the Principal, Vice-Principal and all the staff especially in this week when graces are flowing.  They really don't know what they're doing.

The School Resource Officer, a policewoman who escorted Bill out of Benson High School felt uncomfortable about the situation. Picking up on this, he had a calming moment explaining to her the significance the Feast of St. Joseph, March 19th, had for him.  This was also the day our new Holy Father gave his first mass.

One thing you'll notice about Bill Diss is his unwavering faithfulness to the Truth of Christ.  He was discerning about whether to take his three hundred and fifty plus hours for disability leave and just forget all about this mess.   With deep conversation with the Lord, it came to him that he had it good in his life: a house to come home to, a dear wife and family in that home and his dog.  Most of his students didn't ever have that in their lives.  He had to stay and fight for them.

From Bill Diss to all:

Thank you for your help.  As you can imagine I am being pulled in many directions.  It is so rare that a teacher is dismissed before the end of a contract and then walked out by the police.  It really shows the power of Planned Parenthood and how it is so important for Portland Public Schools to cater to Planned Parenthood.  Unfortunately Planned Parenthood plans are working well.  A few weeks ago there was bad incident at school where police were involved and with children having sex in one of the rooms at school.

I am enclosing an article that was published on March 20, 2013 by American Life League.  Again and again thank you for your support.


from this article "......Let us not forget, Planned Parenthood Columbia Willamette is the same organization that is behind the disgusting video websiteTake Care Down There that features skits with such titles as “Horse Penis Virus,” “Bring your sister,” “I didn’t spew,” “Hot & heavy,” “Let me do me,” “Threesome,” and the “Down There Song.”
This is the influence that Mr. Diss is fighting. And this is what he has been harassed, and summarily dismissed, for fighting. If you are an Oregon resident who is concerned about this huge injustice, contact your state legislators and the state board of education and pass this information along to them, asking that they help right this horrible wrong. In addition, please pass this information along to other residents of Oregon and ask them to take action." 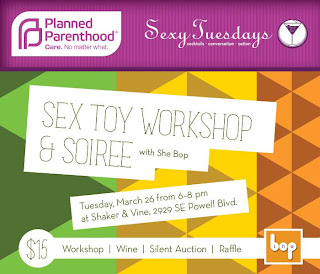 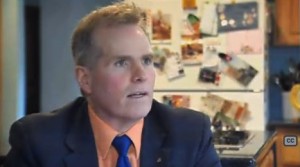 Bill Diss is national news because of his poor treatment by the liberals in Portland and their love of Planned Parenthood. Notice the Archdiocese of Portland has done nothing for him.

Maybe the new Archbishop will have the courage to fight Planned Parenthood and lose the "friendship" of the Ecumenical Ministries of Oregon Churches (EMO) who are so rabidly for abortions and the sexualization of the young.

We are part of the problem in Oregon because we have given a green light to this alliance because we support EMO.

Thanks Bill for sticking your neck out for the kids.
Posted by VOCAL at 7:36 PM 1 comments

Archbishop Sample's farewell: They all came out to say farewell to the man who touched so many lives in the Upper Peninsula 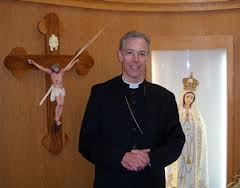 Archbishop Sample's Reaction on Pope Francis
Posted by VOCAL at 11:14 AM 0 comments