Bishop Vasa: “This is a clarion call for America"

“Physicians are being coerced to do things that they know are wrong, such as prescribing contraceptives, abortion or prescribing a lethal dose of medication,” said Bishop Vasa. “They’re told that their individual conscience doesn’t matter, that they must do these things, and if they do not, they may lose their ability to practice medicine.”“Those who are standing on the sidelines who think the mandate will not touch them are either naive or foolish,” added Bishop Vasa. “They may think they don’t have a dog in this fight, but it won’t stop at contraception.”  read on.

Doctors Tackle How to Survive in an 'Increasingly Toxic Culture'

At the annual Catholic Medical Association conference, Bishop Robert Vasa says the current health-care crisis is ‘a clarion call’ for Catholic doctors in the U.S.

The Sept. 26-29 conference, which drew more than 600 attendees, featured prominent speakers who shared the history of the present cultural battle and how to bear witness to the truth and bring it to bear on the practice of medicine.

“The Catholic Church stands in the way of the sexual revolution — efforts to redefine marriage, access to abortion and reproductive technology and mercy killings,” said Reno. “Our increasingly aggressive adversaries will continue to use their political muscle to push us out of the way.” 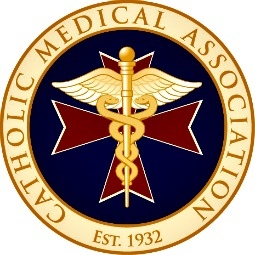 “These are critical times,” said Bishop Robert Vasa of Santa Rosa, Calif. “Whether or not a physician is practicing in line with the teachings of the Church, they’re going to be forced to do something they may not want to do.”
“This is a clarion call for America,” added Bishop Vasa. “American Catholics, and in particular American Catholic physicians, have to wake up to the fact that they can no longer presume that their individual choices about how they practice medicine in this country will be respected.”

“We are in a very dangerous crisis,” agreed John Brehany, executive director of the CMA. “We see a deeply hostile government entering into the health-care sphere. We see an increasingly toxic culture. We know we’re heading into a time of great challenges. The Western world is facing economic challenges built up by social programs combined with the aging baby-boom generation. That is daunting.”

Physicians, nurses and medical students at the conference expressed similar concerns and anxiety about their ability to carry out their work.

“Yet if you stand up and talk about these things, you’re painted as a bigot.”
Dr. Jeff Blickenstaff, a rural family physician from Perham, Minn., admitted that he is very concerned about the HHS contraception mandate and how it will impact his practice. Blickenstaff said he hasn’t prescribed contraception since his conversion to Catholicism in 1999.

“Catholic doctors, nurses and hospital administrators are being attacked because others cannot hear the tiny cries of the defenseless,” said Teresa Collett, a professor of law at the University of St. Thomas in St. Paul. “The youngest of all is not a creature of value or concern, except for its utility for scientific experiments.”

Collett provided an overview of the conscience-protection rule put into place by the federal government in 2008, which was later rescinded by the Obama administration.

“The 2008 regulation offered a remarkably broad understanding of protection for all health-care personnel and volunteers,” described Collett. “One of the first acts of the new administration was to withdraw those protections. The new rule gutted the 2008 rule.”

CMA Boot Camp
According to Dr. John Lane, CMA's president, when the association’s members were surveyed, they indicated that the most pressing issue was the formation of medical students. To that end, the CMA is offering a new program to help Catholic medical students. The association has created the CMA Boot Camp, a four-day course offered in partnership with St. Charles Borromeo Seminary, where students will receive an intensive immersion in the life of the faith, the teachings of the Church and practical training on how to apply these in the art and science of medicine. The inaugural Boot Camp will be offered in June 2013.

“One thing a lot of people don’t consider is that, as they’re trying to expand health care for everyone, they’re asking doctors to violate their consciences,” said Tim Jay, a second-year medical student at the University of Minnesota-Duluth.

Jay was one of 67 medical students attending the conference.
“The government has stripped conscience protection, and medical schools are asking students to look at ethics as relative," Jay said. "There is a demand for principled doctors, but our system isn’t producing them.” 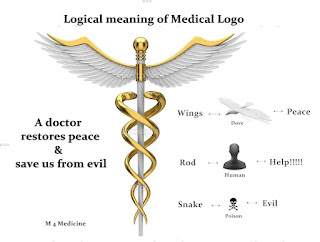 “Physicians are being coerced to do things that they know are wrong, such as prescribing contraceptives, abortion or prescribing a lethal dose of medication,” said Bishop Vasa. “They’re told that their individual conscience doesn’t matter, that they must do these things, and if they do not, they may lose their ability to practice medicine.”
“Those who are standing on the sidelines who think the mandate will not touch them are either naive or foolish,” added Bishop Vasa. “They may think they don’t have a dog in this fight, but it won’t stop at contraception.”

In many ways, the conference had the feel of a retreat, with many speakers concentrating on the spiritual aspect of practicing medicine.

“Catholic health care needs more saints like Dr. Gianna Beretta Molla and Dr. Joseph Moscati, and they weren’t produced by conferences like this, but through their daily work,” said Father Joseph Johnson, pastor of the Church of the Holy Family in St. Louis Park, Minn., “We need to learn to love better.”

Other speakers, such as Legionary Father John Bartunek and Bishop Lee Piché, stressed the importance of witnessing the Catholic faith.

“The world is becoming increasingly hostile to the Gospel,” auxiliary Bishop Piché of St. Paul and Minneapolis told the members. “We are called to be witnesses by carrying out the task of living out a daily martyrdom.”

There was a significant emphasis on upholding the Church’s teachings in medicine, especially with regard to the life issues.

“There will be no renewal without a bold proclamation of the eternal truths regarding the sacred transmission of human life,” Gail, the author of Fatherless, told the attendees. “You are at the epicenter of this culture war. You are who this remnant turns to for help. In the face of the life-sciences revolution and the soul- and life-deadening consequences of abortion, contraception and in vitro fertilization, advance a culture of life in your practices.”

It's my pleasure. Thanks.

A nice add on would be: Which party is pro-life, approves same-sex marriage, encourages sloth etc.

Will I lose my tax exempt status if I say VOTE PRO-LIFE and against choosing abortion ? No, I won't and neither would the church. God bless priests who have holy boldness.