The HHS mandate is from the Office of Health and Human Services.  It is a part of "Obamacare" a nickname of sorts for what is called the  "Affordable Health Care" (fact sheet).  Religious freedom is at stake and this can be nothing less than a spiritual battle of good vs evil.

Friday, March 23rd is a day with too many coincidences not to be the day for this battle, they include:
Bishops Say Fight Against Religious Freedom Top Priority

"Top U.S. Catholic bishops on Wednesday formally made their fight against a White House mandate for reproductive services the church’s top priority, saying “this struggle for religious freedom” demands their immediate attention.
The statement, issued by the leadership of the U.S. Conference of Catholic Bishops, came at the end of a closed, two-day meeting and as some close to the bishops say the men are concerned that their campaign is faltering in the public square.

“This dispute is not about access to contraceptives but about the government’s forcing the church to provide them,” the statement read."

"3 For though we walk in the flesh, we do not war according to the flesh. 4 For the weapons of our warfare are not carnal, but mighty to God unto the pulling down of fortifications, destroying counsels, 5 And every height that exhalteth itself against the knowledge of God, and bringing into captivity every understanding unto the obedience of Christ; 6 And having in readiness to revenge all disobedience, when your obedience shall be fulfilled."
2 Corinthians 10: 3-6

All Roads Lead to Bend not Rome for Father Cary's Ordination.

From Jay Boyd...thanks.
According to an email from the Diocese of Baker Chancery office, the Episcopal Ordination of Fr. Liam Cary will be held on May 18th at 2pm at the new church in Bend.

The date of Vespers is May 17th at 7:00 PM at St. Francis Church on 27th Street.
The Ordination is May 18th at 2:00 PM followed by an open reception at St. Francis Church on 27th Street.
We will have a banquet for bishops, priests, Diocesan Staff, family and a few invited guests at 6:00 Pm. I am not sure of the location for this. I am having difficulty finding places for these events because that weekend is a Pole Peddle Paddle weekend here in Bend which brings in thousands of people.

Motel space is at a premium. I have reserved space at the following three motels. If you want to reserve a room, when you call say you are part of the Diocese of Baker group and your rate will be $70.00 per night.

We can accommodate 15, I believe, at the Retreat Center at Powell Butte. These will be the usual $50.00 per night and are on a first come first serve basis. Call Patti (541) 388-4004 if you have questions of if you want to reserve one of these spaces.
The Motels with reservations are:


Sleep Inn
600 NE Bellevue D
541-330-0050
Comfort Inn and Suites
62065 SE 27th Street
Bend, OR 97701
541-617-9696
I am working on securing more rooms but for now these are the best choices
We are hoping most of you can stay over the night of the 18th as we are planning an early brunch goodbye for Bishop Skylstad that morning at the retreat center. More about that later.
Bishop Cary has asked Father Paul Thomas from Mt. Angel to be MC. He is coming over Monday to get things going. His first of many trips I am sure.
Posted by VOCAL at 12:26 AM 1 comments

Your Anti-Semitic "Slip" is Showing - Archdiocese of Portland


The JustFaith program at St. Pius X Parish in Portland went to hear a Palestinian justice advocate to speak in Seattle this winter. Omar Barghouti suggests boycotts, divestiture and sanctions as a way to help the Palestinian people emerge from what he considers Israeli occupation.

Barghouti, who follows the nonviolent methods of Gandhi and Martin Luther King Jr., aims to end what he calls an apartheid legal and cultural system. He is an electrical engineering graduate from Columbia University.

JustFaith is a 30 week program of prayer, study and action for justice based on Catholic social teaching. Participants learn about civil rights, peace and justice efforts and the nonviolence of Jesus. They examine how their purchases and investments might further unjust systems. Their formation has included "Journey To Justice," a retreat organized by the Office of Life, Justice and Peace of the Archdiocese of Portland.


Why the United States Supports Israel
"As the U.S.-Israel relationship reaches 60 years of unflagging dedication, it is indeed important to consider what precisely is the basis for this strong alliance.
Ultimately, American influence is not aimed at hegemony, but rather is motivated by the sincere conviction that democracy, free-market economy, free press, and Western-styled civil rights optimize the symbiosis between government and people and leads to stability. Israel is the only regime in its region that possesses these qualities, and therefore American support of Israel demonstrates our commitment to these values and furthermore serves as means of projecting our values into a distant sector of the world."
http://tech.mit.edu/V127/N48/fried.html

VOCAL notes:
From what has been put out from Office of Justice and Peace; it's newsletters, directors over the years and the "JustFaith" debacle, anti-Semitism is alive and well in the Archdiocese of Portland.
President George Bush was called a "war criminal" until a long time Office of Justice and Peace Director, Frank Fromherz was finally booted from the Archdiocese.  This took over thirty years....and the beat goes on.
It's time to address the anti-Semitism of this article, I believe, showing the "slip" of the heart of the Archdiocese of Portland.
I was told once by the Archbishop's special projects person that "We believe differently in the Archdiocese of Portland" during the 2008 election.
They are different. It's time to learn the Faith and promote the Saints and Martyrs of the Catholic Church who followed in the footsteps of Christ to really set us free.  Israel is our ally it's time to remember that.

Pro-life advocate Father Liam Cary is the new Bishop of the Diocese of Baker.  We are so thankful to God for him and his faithfulness to the Church.

(Correction: consecrated NOT in Rome, but Bend, Oregon) He will be consecrated on May 18th Bend, Oregon. Bishop Cary will be able to contribute on the election of our new Archbishop.  God Bless Father Cary. 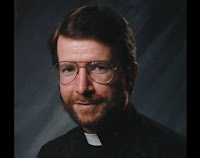 USCCB Announcement of Bishop
Posted by VOCAL at 12:25 PM 21 comments

Twilight Zone: Pro-Abortion Lobbyist Re-hired for the Archdiocese of Portland

Once again, Roger Martin is the lobbyist for the Archdiocese of Portland. He voted to legalize abortion when a legislator in 1969 making Oregon one of the first states to "legalize" abortion before it became a federal law in 1973. 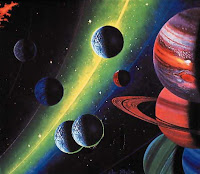 Roger Martin is a "Republican" and maybe is the only
non-Democrat that they could find. The Democrat leanings are palatable at the Archdiocese.

Below are the articles that warned the Archdiocese and more importantly the Catholic laity, about the misguided staff hired to serve Christ and don't adhere to His expectations for a Catholic.

The "laissez-faire" , "lame-duck" philosophy in the Archdiocese seems to be the order of the day. With a new Archbishop on the horizon they still only have to "talk the talk", not "walk the walk" and save souls.
The re-hire of Roger Martin is an indication of the stagnate mentality on the pro-life issues of abortion, pro-family, and euthanasia. For instance, Father Taaffe's homes for mothers and their babies got not one penny from the Archdiocese (Father was VOCAL's spiritual director). His homes are a now used as a selling point for Catholic Charities. The Archbishop does a wonderful job in his yearly speech for Oregon Right to Life, but no donations to the organization for their exceptional job or yearly conferences.

Now, more than ever, we need continual support from the Archdiocesan lobbyist to keep us appraised of the attack on religious conscience. Roger Martin is getting paid with money from our collection plates. He works for Christ's values and should remember that.

Feb 07, 2011
Before I write to the Archbishop and Mary Jo Tully, who hired Roger Martin, our Oregon Catholic Conference lobbyist, I need to let you know what happened this week at the Capitol. Both people recruited by Roger Martin to ...

VOCAL : Voice of Catholics Advocating Life: Where's the Catholic ...
Apr 07, 2011
At the Life Lobby Ladies Day, Roger Martin, Catholic lobbyist for Oregon Catholics walked the other way (literally) before the press conference on HB3512, for unborn pain prevention, in the Capitol basement. He could have ...

VOCAL : Voice of Catholics Advocating Life: Archdpx Appeal Money ...
Mar 06, 2009
Before I write to the Archbishop and Mary Jo Tully, who hired Roger Martin, our Oregon Catholic Conference lobbyist, I need to let you know what happened this week at the Capitol. Both people recruited by Roger Martin to ...

VOCAL : Voice of Catholics Advocating Life: Archdpdx Lobbyist ...
Feb 12, 2009
It seems incomprehensible that Roger Martin was hired again and according to the ACA pie chart receives 1% of the $3,6400.00 or $36400. http://www.archdpdx.org/appeal/ The "Imitation of Christ" Appeal title has justice for ...

VOCAL : Voice of Catholics Advocating Life: Archdpdx Lobbyist ...
Feb 07, 2011
During the 2007 Legislative Session VOCAL reported that Roger Martin, the replacement lobbyist for long time Oregon Catholic Conference's Bob Castagna, voted to legalize abortion when he was a legislator in 1969.

VOCAL : Voice of Catholics Advocating Life: Beaverton Babies & 40 ...
Apr 09, 2009
For those who have forgotten, Roger Martin is the Oregon Catholic Conference lobbyist who voted to legalize abortions and voted against parental/spousal notification when he was a legislator in 1969 and 1973. If you'd like ...

VOCAL : Voice of Catholics Advocating Life: In the 2007 Legislative ...
Jan 09, 2008
How at the 2007 Session of the legislature Catholic values were not as well represented as they should have been by Roger Martin the lobbyist for Oregon Catholic Conference who had voted to legalize abortion as a ...

VOCAL : Voice of Catholics Advocating Life: Pro-Life Oregon ...
Mar 07, 2011
Let's hope it's on lobbyist Roger Martin's radar screen. “In the absence of faith, we govern by tenderness, and tenderness leads to the gas chamber.” – Flannery O'Connor, novelist and short story writer. Posted by VOCAL at ...

VOCAL : Voice of Catholics Advocating Life: Immediate Action ...
Jun 11, 2009
For More Information http://www.portlandtribune.com/news/story.php?story_id=124433748160657800 Roger Martin, the lobbyist for the Catholic Church, although he's not pro-life needs to get on this. It is frustrating for us who ...

VOCAL : Voice of Catholics Advocating Life: Archdiocese of Portland ...
May 13, 2011
Roger Martin, our pro-abortion lobbyist, did nothing! These questions regarding PFL have everything to do with the election of 2012 and keeping the progressive, liberal agenda alive and well-financed by Catholics. For too ...

VOCAL : Voice of Catholics Advocating Life: Lawsuit to Restore ...
Dec 05, 2007
The Oregon Catholic Conference, led by Roger Martin our lobbyist who voted for legalizing abortion when he was a legislator, embarrassed thousands of Oregon Catholics by his lack of defense of marriage and family values.
Posted by VOCAL at 10:32 PM 0 comments