This email is quite like the first "Archdpdx Lobbyist Voted to LEGALIZE ABORTION....".  The years have changed but the main problems have remained......(see former post for articles)

During the 2007 Legislative Session VOCAL reported that Roger Martin, the replacement lobbyist for long time Oregon Catholic Conference's Bob Castagna, voted to legalize abortion when he was a legislator in 1969. Abortion became legal in Oregon after that vote. 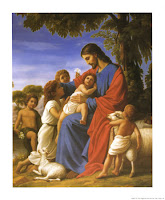 In 1970, Martin sponsored a bill to bar husbands or parents from being informed when an abortion was to be performed on the wife/child. That bill failed, but how responsible is he for the fact that we now have NO parental notification? There has been no confirmation from the Archdiocese or fellow lobbyists that he has changed his views. The Archdiocese of Portland still has   hope for a "conversion".

The "Respect Life Office" has now been swallowed by the Office of Respect Life, Justice and Peace and their "seamless garment" view of Life. Only the name has changed there's still no budget for a solely unborn protection focus.  This seems to protect the Archdpdx from being embarrassed on how little the babies are valued.  Matt Cato is head of this office, but is lacking education in this area.

There is now a $50 million Archdiocese Capitol Campaign that puts the $3.5 Archbishop's Catholic Appeal (ACA) on hold for now.  Are we replacing depleted coffers due to the scandals?

Eleven to twelve babies are killed through abortion each day in Oregon. How many Catholic babies are in these numbers? How many babies and their mothers would even a drop of money save? Catholics want to pay for Catholic, Christ-centered values
.
There are three bills now being drafted sponsored by Oregon Right to Life for this legislative session. They don't have the title wording or bill number yet but they are for:

We thank Archbishop Vlazny for the Roe v. Wade pro-life speech at the Oregon Right to Life rally in January 2011.  He has given the pro-life honor of speaking for many, many years.  With the lack of funds for the most vulnerable over these years, it seems like there are more words than action and they are just something to say for better PR.

"Poor human reason, when it trusts itself, substitutes the strangest absurdities for the highest divine concepts."

St. John Chrysostom, Doctor of the Church
Posted by VOCAL at 5:41 PM

Right on!! Is our archbishop pro life only on the memorial of roe v wade? It sure seems that way! Jean

Hi Carolyn,
I've been working with Matt Cato, and he's been doing very well. More is happening now than ever before with the Respect Life Committees, and that's thanks to Matt!

Dear B.N.
The fact that Matt is getting better with the Respect Life Committees is still worrisome to me since before he was hired, or the Respect Life/Justice and Peace Office was fully pro-life.

I'm happy for his change but he really has no power to influence the hierarchy it seems.

Thanks for the note.

Hi Carolyn!
Our priest announced yesterday that he would be knowing on doors to get people to make donations for this new appeal. Is there anything that you could forward me that I could read and then give to him? Thanks so much.
In Christ.

It would be wonderful if ANY priest went door to door for something other than collecting money. This move is part of the ploy to make sure people are more likely to give. Pretty Sad for a Church to get their funds by seeming coersion.

I have a page on this Campaign. If reading this in context to the Love of Christ it doesn't seem to be there. This has proved successful for other Catholic institutions so here we go.

Carolyn:
May I fwd this to our Pastor? I want to show him the facts once again. He defends CCHD. He can see WHY many are done with CCHD! Also the why's of no $$$ for Pro-Life which ought to be the highest priority of all. I want him to know that we are not blinding going to give money to them, the trust is gone out the window!
Thanks so much for all you do! God will reward you!