A "sample" of Archbishop Sample: DRE's in a panic!

The new Archbishop has yet to be installed and he has asked for NO religious educational materials to be ordered for next year.  We know he is teacher at heart.

We have had our children subjected to a list of allowable materials that are so watered down no wonder they are leaving the Church in ignorance.  This will have a "bottoms up" effect helping those that changed their diapers(their parents) to strengthen their faith with a mature mind.  Let's pray that this order includes "safe environment" training we have now that has no spiritual component. 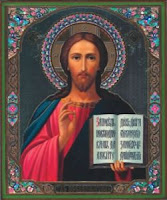 Sadlier Publishing, for example, has had Mary Jo Tully's influence in having it as the oldest standby's.  She was a DRE in Chicago before she came to Oregon decades ago.  Sadlier has used her materials and music from the OCP formerly known as the Oregon Catholic Press, having left its Catholicity behind.

NOW the axe will drop on the liberal music of Schutte, Haas and Haugen who are former Jesuits (which should have set off alarms) and sell their music to any denomination.  Our new Archbishop loves music that inspires.  Prayer that inspires.  As we pray so we believe. lex orandi lex credendi

However, I digress.  Bob Mizia, the Superintendent of Schools is responsible for the Earth Charter being taught in schools.  It is part of the United Nations attempt to take God out of the lives of our youth.  It is time that Mr. Mizia was called to account.

We now have an Archbishop that will have that as part of his agenda and we are thankful.
Posted by VOCAL at 7:58 PM

Do you think Mary Jo Tully will resign -- she has to be OLD Fr. Heidt used to call her - I can'[t remember the exact word but like our lady bishop. She has run the show for far too long

She has apparently turned in her resignation. I really, honestly, can't think of anything Archbishop Sample could learn from her regarding the hearts of the Oregon Catholics who love the Magisterium. At least in the way that Christ has established it.

Since the Holy Father rather turned the world on its head, maybe Archbishop Sample will do the same...we can pray.

Living Waters Series new age text books were purchased for our parish. This was about 15 years ago and then We had a child in every grade so I saw the whole series! I copied select pages and sent to ArchB George's private address and Voila!Archbishop George BANNED them thank goodness! First I complained to MJT with no success.

I was a bit confused by your statement:
"Let's pray that this order includes "safe environment" training we have now that has no spiritual component."

But then I read the rest and it is clear that you don't want 'safe environment' training that has no spiritual component. I'll second that. Thanks for your fine blog !!

We are going to have to pray very hard for our new Archbishop. Mary Jo Tully and Thomas Groome are co-horts with Sadlier Publishing company. Thomas Groome is going to be at the Chiles Center of the Univerity of Portland and he's for women priests and has a very warped sense of the Truth to me.

Mary Jo Tully must know that he's going to be at the Chiles Center, but she really must think that Archbishop Sample is clueless.