A branch of al-Qaeda fighting in the Syrian civil war has seized one of the few remaining villages where the original language of Christ is still spoken, residents say.

By Ruth Sherlock, Beirut and Magdy Samaan
7:46PM BST 05 Sep 2013
Fighting raged through the picturesque mountain village of Maaloula, near Damascus, on Thursday, as the regime launched a counter-attack against the rebels.

"They entered the main square and smashed a statue of the Virgin Mary," said one resident of the area, speaking by phone and too frightened to give his name. "They shelled us from the nearby mountain. Two shells hit the St Thecla convent."

Maaloula, tucked into the honey-coloured cliffs of a mountain range north of Damascus and on a "tentative" list of applicants for Unesco world heritage status, is associated with the earliest days of Christianity.

St Thecla, who is supposedly buried in the convent, was a follower of St Paul who fled to the village in Syria to avoid marriage, having taken an oath of chastity. It is said that the cleft of rock in which the convent is placed opened up to allow her to escape her pursuers. 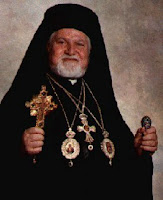 The inhabitants are mostly Melkite Greek Catholic and Orthodox Christians, but have historically lived peacefully alongside a Sunni Muslim minority. It is one of only three places in the world where Western Aramaic, a dialect of the language spoken by Christ, is still used.

Pope warns Obama that military strike on Syria would be 'futile'

Until recently, the town had managed to remain mostly unaffected by the civil war that has already claimed more than 100,000 lives. A visit by The Daily Telegraph last year found it ringed by government checkpoints but suffering from the lack of pilgrims and tourists who are normally vital to its economy.

In the early hours of Wednesday morning, rebel groups, a mix of the extremist Jabhat al-Nusra and the more moderate Free Syrian Army (FSA), attacked with full force.

"First they took a brick factory owned by a Christian guy, who is now missing," said the
resident. "Then at around 5.30am, a car bomb detonated at the checkpoint at the entrance to the village.

"Some of the rebels entered a home near the checkpoint belonging to Yousef Haddad, a Christian. They tried to force him to convert to Islam."

A nun living in a convent in the village told the Associated press that 27 orphans living in the convent were taken to nearby caves for shelter.

Video footage posted on YouTube showed rebel fighters on a pick up truck with an anti-aircraft gun mounted on the back firing erratically from inside the mountain town.

Christians, who make up approximately 10 per cent of Syria's population, have increasingly become targets in the conflict as sectarian-minded foreign jihadists gain influence in the opposition ranks.

Almost a third of the Syriac Christian population has fled the rebel-held northern town of Hassakeh after Christians became targets for kidnappings and assassinations.

Mousab Abu Qatada, a spokesman for the FSA in Damascus and the Damascus suburbs, denied that the attack on Maaloula had been sectarian.

"We are trying to protect the minorities and the holy sites of Syria. We promise to protect it against the criminal regime," he said.

Residents said the rebels had been pushed back to Safir hotel in the mountains, where they had been based since March this year.

The resident said: "They have been annoying the Christian people of the village since then. A Christian farmer cannot go up there to his land unless he is accompanied by a Muslim resident of the village."
Posted by VOCAL at 10:45 PM