Bishop Vasa's Remarks About USCCB and CCHD / "Justice in Pieces" CD's for you. 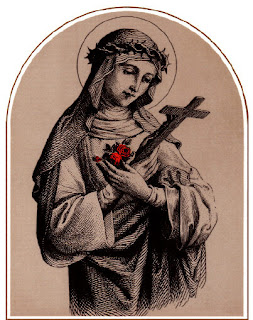 Bishop Vasa - Look Forward and Upward  is a wonderful question and answer article to lift our hearts to the Lord.  I wanted to pass it on just in case you hadn't seen this.)

Remember, he's leaving on March 4th.  Men, be at Pendleton's the 2011 Northwest Catholic Men's Conference with Cardinal Raymond Burke and the dear Bishop on his last free weekend.  It won't happen again in Oregon.

Available - "Justice in Pieces" presentations by Stephanie Block from New Mexico and a member of the Catholic Media Coalition.  She is the editor of  Los Pequenos de Cristo and an expert on the Catholic Campaign for Human Development.  In Bend, we met with Bishop Vasa and she explained to him about the anti-Catholic "community organizing" who uses the Catholic church against Her teachings.

If you would like a CD of the "Justice in Pieces" presentation by Stephanie Block, please let me know.  There is a handout (which was the power point presentation) for you to follow along.

There are eight Respect Life notebooks filled with information on how to get a pro-life group started.  They were first purchased from the Archdiocese of Los Angeles but from the 1980's so they're safe and not about the seamless garment trap that doesn't prioritize the unborn.  I'll be happy to send them to you as a gift.  They are in three ring binders and easy to use.

We pray to Santa Rosa (Saint Rose of Lima) for the protection, strength, courage and faith for a most beloved bishop.

"If only mortals would learn how great it is to possess divine grace, how beautiful, how noble, how precious. How many riches it hides within itself, how many joys and delights! No one would complain about his cross or about troubles that may happen to him, if he would come to know the scales on which they are weighed when they are distributed to men."   Santa Rosa
Posted by VOCAL at 12:36 AM 0 comments

Just announced is that Bishop Robert F. Vasa of Baker is being moved to Santa Rosa as an "Coadjutor Bishop".  They already put his information on their website. Santa Rosa Diocesan Website

"In the Roman Catholic Church, a coadjutor bishop[1] is an immediate collaborator of the diocesan bishop, similar to an auxiliary bishop.[2] Unlike auxiliary bishops, coadjutors are given the automatic right of succession to the episcopal see, meaning that when the diocesan bishop dies, retires, resigns, or is reassigned, the coadjutor automatically becomes the next bishop of the local Church (diocese). Until then, the diocesan bishop appoints the coadjutor to act as vicar general.
In modern church practice, the appointment of a coadjutor is usually done in cases where a diocesan bishop feels that he will not be able to continue much longer for health reasons or because he is nearing retirement age. In these cases the Pope will sometimes assign a coadjutor in order to give him time to become familiar with the diocese that he will eventually take over.
At times, the appointment of a coadjutor is used to discreetly remove a diocesan bishop who has become involved in scandal or other problems and replace him with another man. An example of this occurred in the Archdiocese of Dubuque in the 1940s, when then Archbishop Francis Beckman involved the archdiocese in what turned out to be a dubious mining scheme. When the scheme fell apart and the man behind the scam was arrested, the fallout resulted in serious financial problems for Archbishop Beckman and the archdiocese. Because of all of Beckman's problems, Bishop Henry Rohlman of Davenport, Iowa, was appointed Coadjutor Archbishop of Dubuque. While Beckman was allowed to retain the office of Archbishop, it was made clear to him by the Holy See that the actual power rested with Rohlman. Beckman soon retired and left Dubuque. Another example would be that of Cardinal Pedro Segura y Sáenz, whose responsibilities as Archbishop of Seville were given to his Coadjutor Archbishop José Bueno y Monreal.[3]
Now, no coadjutor is appointed without the concomitant right of succession."

So Bishop Vasa will be the Bishop of Santa Rosa for sure.  At least he's on the west coast and in driving distance.  We wish him God Speed and many blessings as he brings the Truth of Faith to California.

May the road rise to meet you.
May the wind be always at your back.
May the sun shine warm upon your face.
And rains fall soft upon your fields.
And until we meet again,
May God hold you in the hollow of His hand.
Posted by VOCAL at 3:18 PM 1 comments


Remember the Little Rascals and their clubhouse that said "No Girls Allowed"?  Well, ladies maybe next time. But get the men in your life to experience this maybe once in a lifetime event with Cardinal Burke and Bishop Vasa together; good shepherds who protect us with the Truth.
The other speakers are stellar and worth the trip.

Jesus says:
"Go into the whole world and proclaim the good news to all creation.  The man who believes it and accepts baptism will be saved; the man who refuses to believe will be condemned."
A
Posted by VOCAL at 11:59 PM 1 comments

Do we really live as if He's coming back to us?  Does clergy uphold the realization?

"For yourselves know perfectly, that the day of the Lord shall so come, as a thief in the night"
1 Thessalonians 5:2 Douay-Rheim's Version of the Bible.

From the first translation from Latin to English.  Why Catholics Should Cling to This Biblical Version