Also jokes about lighting a bonfire with fetal remains 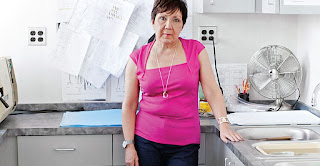 DETROIT, October 27, 2015 (ChurchMilitant.com) - An abortion mill director has been caught on video admitting to unethically disposing of aborted infants' remains in the garbage disposal, and joking about it. She also contemplated lighting a secret bonfire with fetal remains.

In undercover footage captured by the Center for Medical Progress,
Renee Chelian, founder and executive director of Northland Family Planning Centers in Detroit, Michigan, is shown at a 2014 National Abortion Federation conference in San Francisco discussing her dilemma of having an overstock of aborted infants' remains.

Complaining about the dearth of medical waste vendors willing to do business with abortion providers, Chelian said, "No one wants to talk about dead bodies," quickly adding, "No one but me." The audience erupted in laughter at this quip.

"There was a point when ... I had five months' worth of fetal tissue in freezers, and we were renting freezers to put them in. It was all I thought about," she continued.

"I was so consumed with fetal tissue, I was ready to drive to northern Michigan and have a bonfire. I was just trying to find out how I wouldn't get stopped, or how far into the woods I would have to go to have this fire that nobody was going to see me."
She then admitted that she had 20 bottles of aborted infants' remains dumped into her garbage disposal.


The garbage disposal was an option. There was a point that I actually hired someone from another clinic to come in and take 20 bottles and put it into my garbage disposal. And then I had to 'fess up to my staff that I did the thing I had been criticizing all these other clinics for doing — but I didn't know what else to do.

She went on, "I want you to laugh about this. It's funny — I mean, it's funny in a really sick way."
After more laughter from the crowd, she continued, "Oh, we've got a whole bunch of material for that comedian this morning, if we ever think that it's appropriate to talk about dead bodies."
Although current Michigan law strictly prohibits disposal of fetal remains in any way other than proper burial or cremation, previous law was lax, and dumping aborted infants into the garbage disposal was a common practice in Michigan abortuaries.

Partially in response to these lax standards, Act no. 499, also known as the "Fetal Remains Act," was signed into law on December 28, 2012, and states:


Waste dumped in the garbage disposal is sent into the city's sewer system, where sewage water is then taken to the wastewater treatment plant to be disinfected and recycled. Thus, Chelian and other abortion mills were actually sending crushed babies' body parts into the city's water system — not only unethical, but a health hazard.

Stericycle, the controversial medical waste company, is now doing business with Northland Family Planning Centers. A campaign called StopStericycle.com, established to protest the company's incineration of aborted infants, has highlighted illegal behavior by the company, including evidence that Stericycle unlawfully dumped the victims of House of Horrors abortionist Kermit Gosnell into a municipal landfill. The campaign also highlights the enormous profit made by Stericycle's partnership with abortion mills.

The video itself was among footage blocked by court order in ongoing litigation between the National Abortion Federation and the Center for Medical Progress. It was reportedly obtained by a hacker from congressional staffers (whom the court authorized to view the material) and aired on GotNews.com last week. Although the National Abortion Federation has sent GotNews.com a demand letter ordering that they take down the videos, the media outfit is refusing to comply.

Christine Niles is a staff writer, producer and anchor for ChurchMilitant.com

ROME, October 19, 2015 (LifeSiteNews)
-- While some say a majority of Synod Fathers support allowing
different national regions to establish their own ways of dealing with
contentious issues such as homosexuality and divorce, Cardinal Francis
Arinze of Nigeria has stated that the proposal is impossible for the
Catholic Church to adopt.

“The Ten Commandments are not subject to national frontiers. A bishops’
conference in a country cannot agree that stealing from a bank is not
sinful in that country, or that divorced persons who are remarried can
receive Holy Communion in that country, but when you cross the boundary
and go to another country it now becomes a sin,” he told LifeSiteNews in
an exclusive interview in Rome on Saturday.

“You can see you then, if we did that, we have made the Ten Commandments a
matter of decision according to sensitivities in each country. It cannot
be so,” he added.


Arinze, prefect emeritus of the Congregation for Divine Worship and the Discipline of the Sacraments, said that the Catholic Church is “one” in her faith and morals.

“So, we don't have power to modify [what Scripture teaches us]. For example, St. Paul says that those who receive Holy Communion should look into themselves because the person who receives unworthily receives judgment against himself. This is Holy Scripture. This cannot be subject to voting at the level of bishops’ conferences or even voting across continental frontiers.”

“You can see, the Church is not actually a national Church, it is one body in Christ. The Son of God came down from heaven and gave us this way of salvation and prayed that all his followers may be one, as he and his Father are one,” he said.

Arinze said that while bishops conferences “are important” for examining particular “national situations” facing the local church, such as respecting local culture in liturgy or providing solutions for the poor and the sick, they do not have the power to change “faith and morals, what we are to believe and what we are to do or not to do.”

“When it comes to practical details that don't affect faith and morals, bishops’ conferences can look into that and should,” he said.

Last week during a Synod press briefing, German Abbot Jeremias Schroder mentioned both “the social acceptance of homosexuality” and dealing with “divorced and remarried persons” as examples “where bishops conferences should be allowed to formulate pastoral responses that are in tune with what can be preached and announced and lived in a different context.”

The announcement drew strong criticism from Church heavyweights such as Cardinal Burke who called the proposal “simply contrary to Catholic Faith and life.”

In response to the terrible and tragic shooting at Umpqua Community College in Roseburg, Oregon in the Archdiocese of Portland, I have sent the following pastoral message to the people who will be gathered in prayer this evening at St. Joseph Parish:

"My dearest brothers and sisters, 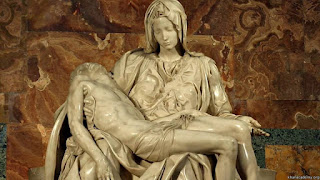 I am saddened beyond words over the tragedy that has struck your local community and the campus of Umpqua Community College. Even though I am unable to be physically present with you at this particular moment, know that I am very much united with all of you in spirit and in prayer. We are one body in Christ, and when even one member suffers, we all suffer with them. My heart is indeed very heavy with sorrow as I grieve with all of you.


Along with you, I cannot begin to make sense of the tragic loss of life of our fellow community members and the many wounded in this terrible and violent attack. Why such shooting tragedies continue to happen is hard to understand. Sadly, we live in the midst of a culture that does not value the dignity and sacredness of every human life as it once did.

We must unite our suffering and the suffering of all those most directly affected by this tragedy with the cross of Jesus. In Christ, sorrow, death and loss are transformed by the glory of the resurrection. Jesus has conquered sin and death and opened the way to eternal life. Let us prayerfully commend our deceased brothers and sisters to the mercy of our loving Father. Let us also pray for healing and strength for all those who grieve the loss of loved ones and who care for the wounded.
Know that I will continue to unite myself in prayer with all of you.

God bless you, and may the God of mercy keep you in his loving care now and forever

In Jesus and Mary,
Archbishop Sample"
Posted by VOCAL at 7:21 PM 1 comments

“He told me before he left, he said, ‘stay strong.’ That was a great encouragement. Just knowing that the pope is on track with what we’re doing, it kind of validates everything to have someone of that stature,” Davis said.
Posted by VOCAL at 7:03 PM 0 comments