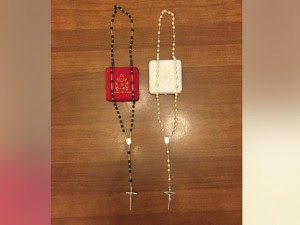 “He told me before he left, he said, ‘stay strong.’ That was a great encouragement. Just knowing that the pope is on track with what we’re doing, it kind of validates everything to have someone of that stature,” Davis said.
Posted by VOCAL at 7:03 PM