Adult Religious Education: Churches Where It's Valid to Receive Communion

This chart shows the various Catholic liturgical families (rites) and their ancestry. Jerusalem, the place of the founding of the Catholic Church, came first in time. Then three major branches eventually formed within the Church: Roman, Antiochian and Alexandrian. The Ukrainian Catholic Church is part of the Antiochian branch, specifically coming under the Byzantine rite. The Catechism, quoting from Sacrosanctum Concilium, the Second Vatican Council's Constitution on Divine Liturgy, states:

"The liturgical traditions or rites presently in use in the Church are the Latin . . . and the Byzantine, Alexandrian or Coptic, Syriac, Armenian, Maronite and Chaldean rites. In 'faithful obedience to tradition, the sacred Council declares that Holy Mother Church holds all lawfully recognized rites to be of equal right and dignity, and that she wishes to preserve them in the future and to foster them in every way.'" (CCC 1203). from this Ukrainian Byzantine Catholic website
Posted by VOCAL at 6:20 AM 0 comments

Guest Post: "In"Human Resources in the Archdiocese of Portland.

Here is a guest post from Mary Havlicek.  There is a concern with Human Resources and its fit into Catholic tradition in how we treat people.

The biggest concern VOCAL has is that there has to be a TEAM at the highest levels of the Archdiocese of Portland. With dignity and value for each staff that we have hired with our collection plate money: a TEAM for Christ.

Here is Mary's contribution to a grave concern.  Thanks.


"Something has come to my attention which you might find interesting and you might want to put it on your blog: the phenomenon of “human resources”.
Let us consider an aspect of the business world that has crept into the Church in some places such as the Archdiocese of Portland Oregon.  It has the very sinister title: “Human Resources”.  “HR” functions as if human beings are now just a commodity; something expendable which you use up and discard like other resources such as water or electricity or paper. 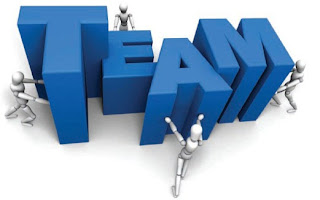 This is NOT a Catholic or Christian concept.  It takes no account of the infinite value and dignity of the human person.  Instead it treats people as a “resource”; something which can be used for a time to profit the corporation, and then thrown away.  Why then does the Portland Archdiocese utilize this anti-Christian anti-human business model?
Human Resources departments are always on the prowl for someone better to fill each position in any given corporation (excepting their own positions of course).  Consequently, no one’s job is safe.  Imagine if you were a young man today working for a corporation with a Human Resources department.  You could expect that at some point down the road, you will be terminated by HR and your job given to someone perceived to have more “talent”, i.e. ability, qualifications, experience, good looks, good connections, good personality, energy, or just plain greed.
Your life has a certain instability about it.  You hesitate to do anything more permanent such as buy a house, get married, or have children, because  in the back of your mind, there is this nagging feeling that you could loose your job at any moment and you could not support any of these things.
To experience firing at the hands of HR is demeaning and destabilizing to the one being fired, destabilizing to his/her family, destabilizing to the business or corporation which does the firing, and ultimately destabilizing to society.
How many young people just live in “relationships”, not marriage.  How many children are born into these unstable “relationships”.  Does the instability of the workplace have anything to do with this phenomenon?  Of course it does.
HR only seems to care about corporations.  It’s only interest in workers is how they may be used to advance the profits and expansion of their given corporations.  They are not for, but against, humans.  Why has this devilish concept been allowed to creep into our Catholic Archdiocese?
Human Resources departments which exist in chancery offices or pastoral centers function as a kind of opposite thing to the 2013 Labor Day Statement of Bishop Stephen Blaire, chairman of the US Bishops’ Committee on Domestic Justice and Human Development.  To quote Bishop Blaire: “Ethical and moral business leaders know that it is wrong to chase profits and success at the expense of workers dignity...They know they have a vocation to build the kind of solidarity that honors the worker...”
Ok.  There you have it.  (Arch)dioceses which have Human Resources departments must somehow completely reform these departments so that they actually benefit workers, or these departments must be completely done away with.  (And in any case, the term “Human Resources” must be chucked.  What a derogatory term!)"
Mary Havlicek
Posted by VOCAL at 10:44 PM 2 comments

Form and Matter: Why Taco Chips Can't Be Consecrated and Women Can't Be Priests.

This is from American Life League who is part of Reform Campaign for Human Development Now.

"Don't let your money work against the Church."

Our Lady, who appeared in Akita, Japan in 1973, the same year Roe VS Wade because law, has chilling words for us. 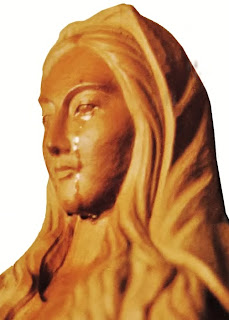 "As I told you, if men do not repent and better themselves, the Father will inflict a terrible punishment on all humanity.

It will be a punishment greater than the deluge, such as one will never seen before. Fire will fall from the sky and will wipe out a great part of humanity, the good as well as the bad, sparing neither priests nor faithful.

The survivors will find themselves so desolate that they will envy the dead. The only arms which will remain for you will be the Rosary and the Sign left by My Son.

Each day recite the prayers of the Rosary. With the Rosary, pray for the Pope, the bishops and priests."

"The work of the devil will infiltrate even into the Church in such a way that one will see cardinals opposing cardinals, bishops against bishops.

The priests who venerate me will be scorned and opposed by their confreres...churches and altars sacked; the Church will be full of those who accept compromises and the demon will press many priests and consecrated souls to leave the service of the Lord.

"The demon will be especially implacable against souls consecrated to God. The thought of the loss of so many souls is the cause of my sadness. If sins increase in number and gravity, there will be no longer pardon for them."

From 1930 - Margaret Sanger, Planned Parenthood and the Catholic Church. Still Friends in 2013. 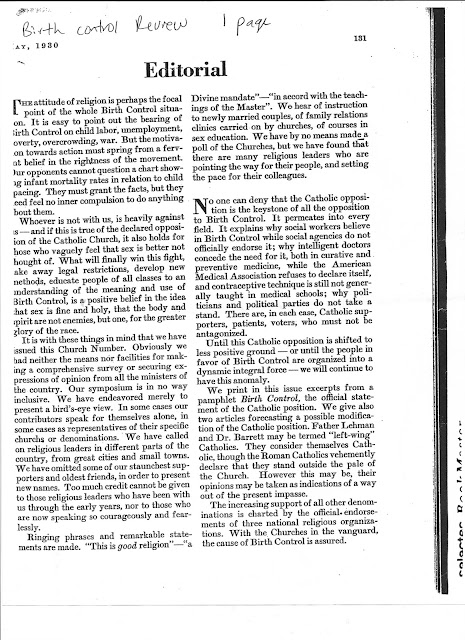