Archbishop Aldo de Cillo Pagotto of Brazil and Auxiliary Bishop Athanasius Schneider of Kazakhstan co-authored ‘Preferential Option for the Family — 100 Questions and Answers Relating to the Synod’ with the Santa Rosa, Calif., shepherd.

Bishop Robert Vasa
– The Roman Catholic Diocese of Santa Rosa
ROME — A handbook of 100 questions and answers explaining the Church’s doctrine on marriage and the family has been launched with the aim of clearing up confusion ahead of the October Synod of Bishops on the Family.

Said Bishop Vasa, “There is nothing new or revolutionary in this book. We just simply felt that, in light of the upcoming synod on the family, it was time to reiterate those things the Church has clearly and consistently taught.”

“We want to call attention to the truth of certain doctrines, many of which were raised at last year’s Extraordinary Synod [of Bishops] on the Family,” philosophy professor Tommaso Scandroglio told the Register at a Tuesday launch of the booklet in Rome.

Scandroglio, who presented the booklet entitled “Preferential Option for the Family — 100 Questions and Answers Relating to the Synod,” said it was “important to show the pastoral solutions we can apply as principles in our day.”

The authors write that they wish to address relevant fundamental issues on marriage and the family.
“The pastoral needs of the moment also require us to be entirely clear on crucial and delicate points debated in the latest synod, whose interpretation was partially distorted by some theological schools with overwhelming support from the mass media,” the bishops write in the introduction.

“It, therefore, seems appropriate to reiterate some fundamental doctrinal truths and pastoral requirements essential to the problem of the family, whose real situation is quite different from the one they would have us believe.”

They add that the publication is designed “primarily” to serve as a guide not only for “bishops, priests, religious, catechists” and individual lay faithful in positions of responsibility and leadership, but also any laity concerned about attacks on the family who are “wishing to counter the reckless and powerful anti-family offensive of the mass media.”

The booklet, available in several languages, is divided into 13 chapters, with simple questions and answers. It begins by explaining the synod of bishops and its authority and preparation for the upcoming synod. It then goes on to answer questions on the Church’s relationship with the family, the sexual revolution, moral teaching and pastoral practice.

It discusses personal conscience and the magisterium, the nature and purpose of marriage, declarations of nullity, divorce and separation and Communion for the divorced and civilly remarried. It also covers homosexuality and same-sex unions, applications of mercy to the family situation and the role of supernatural grace in the commitment of family chastity.

Buzzwords
The answers to each of the questions “continually recall doctrine of the Catholic Church on these matters,” Scandroglio said.

One chapter is given to analyzing some key words used at the last synod — what it calls “talismanic words” — that carried “strong emotional content” and therefore were perceived as “entirely flexible and changeable.”

Words such as “hurt persons,” “mercy,” “welcome,” “tenderness” and “deepening” have an “elasticity,” the authors write, that make them “susceptible to being used for propaganda purposes and abused for ideological ends.”

When these words are used, they continue, it can “push the faithful to replace a moral judgment with a sentimental one or a substantial judgment with a formal one, coming to regard as good, or at least tolerable, what at first was considered bad.” The booklet then goes to explain in more detail what this means for each of the words mentioned.

In his preface, Cardinal Jorge Medina Estévez, prefect emeritus of the Congregation for Divine Worship, underlines that most objective observers would agree that the family finds itself in a “real and profound crisis.”

“Facing this reality, it would not be a wise attitude to ignore or minimize this crisis,” he writes, adding that the Church must “evaluate its scope and magnitude and strive to find ways to overcome it.”

“This is the goal pursued, with realism and hope, by this booklet,” he says, and he later stresses that what is most important when facing the crisis of the family is conversion of heart, something that presupposes a “radical purification of thought.”

The Tradition, Faith and Property (TFP) movement is backing the publication of the booklet, which is being sent to all of the world’s bishops.

Those involved in the booklet project, including spokesman Scandroglio, are also promoting the “Filial Appeal” on the future of the family — a petition to the Holy Father calling for more clarity on the Church’s teaching in this area. The petition has gained more than 250,000 signatures, including those of four cardinals, 23 bishops and archbishops, academics and public figures, and will be presented to Pope Francis before the October synod.

Speaking at the launch of the booklet, John Smeaton, chief executive of the Society for the Protection of Unborn Children, said it is a “wonderful publication” that addresses the “confusion of ordinary Catholics, formed in the faith but overwhelmed by the cultural whims of the sexual revolution.”
“It provides us with a language with which to speak to young people about marriage, faithfulness, chastity and salvation,” he said. “It gives us a sense of the power of God, of his grace, which brings true human happiness.” By contrast, he added, the sexual revolution has been orchestrated by powerful lobbies “in order to destroy families and destroy happiness.”


MORE INFORMATION
Copies of the ‘Preferential Option for the Family’ booklet can be obtained by emailing supplicafiliale@gmail.com or calling +39 366-9971856. 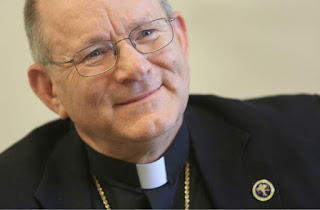 Parents are the primary educators of their children and the Holy Father is taking this time, before his visit to the United States in September for the Synod on the Family, to remind all parents of this fact.

It would follow that in their children's spiritual education parents voices need to be heard and "the Sacraments should not be held hostage" from children of parents who feel their children are prepared and need the Grace of these Sacraments.

God Bless Pope Francis for reminding everyone of their priorities.

ROME, May 20, 2015 (LifeSiteNews.com) -- Parents have “self-exiled from the education of their children” and must take back their role as their children’s educators from the “so-called experts,” says Pope Francis.

At his May 20 weekly general audience, the Holy Father spoke out strongly against “intellectual critics” who have “have silenced parents in many ways, to protect the young generation from the damage – real or imagined – of family education,” according to Zenit.

“Yet the relationship between family and school ought to be harmonious,” said the pope. “Our children need sure guidance in the process of growing in responsibility for themselves and others. Christian communities are called to support the educational mission of families.”

Pope Francis said that “experts” have usurped the “role of parents even in the most intimate aspects of education. … On the emotional life, personality and development, rights and duties, the ‘experts’ know everything: objectives, motivations, techniques.”

And “the family has stood accused, among other things, of authoritarianism, cronyism, of conformism, of affective repression that generates conflicts.”

This has created a crisis of trust between the family and society, with parents backing away from educating their children, the Holy Father said. “Parents spend less time with their children, and schools are often more influential than families in shaping the thinking and values of the young.”
Parents “tend to entrust ever more to the ‘experts,’ even for the most delicate and personal aspects in [their children’s] lives,” the Holy Father said, according to Catholic World News. “And this is very serious!”

Thus “deprived of their role,” parents “become over-burdened and possessive of their children, never even correcting them.”

When he said a bad word to his teacher as a schoolboy, Pope Francis related, both his teacher and his mother corrected him. “Today, on the contrary, if a teacher does something like that, the next day either one or both parents will reproach the teacher because the experts say that children should not be corrected in that way.”

“It is evident that this approach is not good,” he said. “It is not harmonious, it is not dialogical, and rather than favoring the collaboration between families and other educational agents, it opposes them to one another.”

The pope also acknowledged the difficulties facing separated couples, but urged them not to criticize each other in front of their children, to “never, never, never take the children hostage.”

Pope Francis described “good family education” as “the backbone of humanism,” according to Zenit. “Its influence is the social resource that allows you to make up for the drawbacks, the wounds, the gaps of parenthood that affect less fortunate children. This influence can do real miracles. And in the Church these miracles happen every day.”

“May the Lord grant to Christian families the faith, the liberty, and the courage necessary for their mission!” the pope said in closing. “It is time for fathers and mothers to return from their exile, because they have self-exiled from the education of their children, and to fully reassume their educational role.”


Baptism, Confirmation and then Holy Communion.  The correct order.

The House of Representatives today approved a that bans abortions from after 20-weeks of pregnancy up to the day of birth.
The vote for the bill broke down on mostly partisan lines with Republicans supporting the ban on late-term abortions and Democrats opposing it.
Should the Senate approve the bill, President Barack Obama has issued a veto threat.
VOCAL's same old song.  We have NO Oregon Catholic voice at the State Capitol.  There is some actual information, from a very reliable source that the man who is supposed to represent Catholics disses the Church to others.  This makes him impotent when even speaking up for Catholics.  The words are hollow, it is embarrassing and scandalous when we are expected give our "time, talents and treasure" when much of it goes down the drain and isn't used to our strength.  What are we supposed to do?  There are things we are called to do, and it might be the time very soon to put these into action.
We have allowed too many opportunities for Oregon speak up for life slip through our fingers.  Not the only "pro-life" priority 'capitol punishment' and letting this belief stand and not be corrected. There must be collusion at the Pastoral Center for this to be allowed.  Amazing.
Click to Read at LifeNews.com:
http://www.lifenews.com/2015/05/13/house-passes-pro-life-bill-banning-late-term-abortions-after-20-weeks
Posted by VOCAL at 8:17 PM 0 comments 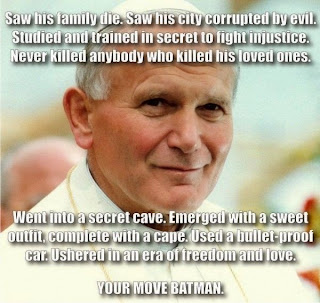 Fellow Oregon Catholics.  There are so many positions that Archbishop Sample wants to fill so that there's a real Catholic identity in Oregon.  It is sad that Roger Martin is still considered our lobbyist and this position alone brings a Catholic identity to Oregon more than all the other job listings.  This is because we are called to be faithful and not always successful in a state that very much dislikes Catholics.  May we soon get a lobbyist that actually loves the Church and puts their heart and mind into standing up for Catholics at the Capitol.

Pastoral Center Job Opportunities.  Listed on the Archdpdx website as of 5/12/15.

The Most Reverend Liam Cary Bishop of Baker on Religious Freedom - Portland, May 12, 2015

Archdiocese of Portland Still :Looking for: SUPERINTENDENT OF CATHOLIC SCHOOLS