Parishioners must be aware of this action by the Oregon Tax Court regarding rectories and make up their own minds.  Below is one Oregon Catholics viewpoint. 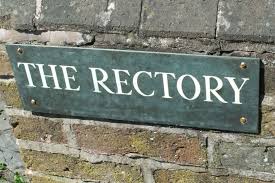 I read the decision after I read the article. The Archdiocese wasted their time. They tried to argue the case with Canon Law. Stupid (What's new?). However, the Court seemed to have decided the case on the issue of a rectory being used for "solely" religious activities. Whether the rectory was on or next door to the parish property or a mile away would not change the use of the Rectory. The priest will still be doing exactly the same things there regardless of location. Again, I am with your reader's questioning of the general idea of these "off-campus" rectories or their appointments. But I think there are larger issues at play here.

We know there is a long standing antipathy towards Catholics and Catholicism in Oregon. This general anti-religious push is growing in our country driven by pro-abortion and homosexual lobbies which are now very powerful and influential. The "sole use" argument that the Court accepted is going to be used as a hammer in which to further tax church income/properties.

For example, an off property building owned by a parish is rented for non-religious purposes. That income goes to the parish tax free now and is probably used to sustain parish activities. I can see a Tax Court ruling that income from non-religious events is taxable (in other words it will be ruled a for-profit business). Next will come a case on whether on-site uses of church property for ostensively "non-religious" uses (a Lions Club event) will be considered taxable. Events such as those are secular activities. And on and on ending with the only things that can be done on church owned property will be sacramental activities (Baptism, Mass, Confession, Confirmation, and funerals), counseling and teaching.

Basically doing what Mexico did to the Church in the early 20th century. We are seeing it already where government is using grants to force religious entities to deny or restrain their beliefs or missions in order to get or retain government grants. Then again I'm not sure that losing government grants is a bad thing. Look at what has happened to Catholic Charities. So I do appreciate the comments. To be honest the wounds are often self inflicted or invited. This may be one of them. But it will not stop here. There is an agenda at play.

One other thing and I know you'll agree. Where was the fancy pro-abortion lobbyist that the Archdiocese employs? Just what does he do for that $40,000-50,000 a year? With the Legislature in session, why no push for pre-emptive statutory relief? Where were those "allies" of our Chancellery crowd, AKA Ecumenical Ministries of Oregon?
Also why were the people who would pay these taxes (those of us in the pews) not alerted to this? (Move on folks, nothing to see here. Just keep those envelopes coming). I called the Catholic Sentinel and asked Langlois about it. He did not even know of it. and I genuinely believe he was telling the truth.
No one that I spoke with in Financial Services at the Chancellery knew. Its almost Keystone Cops down there. Our church authorities are completely clueless in the use of political action (rallies, protests, etc.) to protect Catholics from governmental encroachment. I could go on but I'll end it here. Again appreciate your reader's comments.

This really a great move on our terms and religious platform.All the idea is really great if any one need a religious touching thesis writing service work consider on online.