Where you can see Pope Francis in the US in September.

(RNS) The Vatican on Tuesday (June 30) released details of Pope Francis’ itinerary for his Sept. 22-27 visit to the U.S., his first to this country.
He will be arriving from Cuba, where he will spend three full days (he arrives there Sept. 19) visiting Havana as well as the country’s main shrine in Santiago.
In the U.S., he will arrive in Washington, then visit New York and Philadelphia. 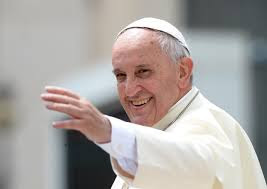 Here are details on the stops, via the U.S. Conference of Catholic Bishops and other sources. The best chance of seeing the pope live is at his final Mass in Philadelphia, though motorcade routes have not been announced.