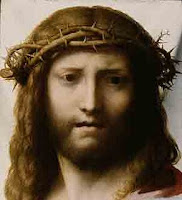 
"Come, let us bow down and worship. Let us kneel before the Lord who made us".
Posted by VOCAL at 12:00 PM

I strongly agree with all but 2 points of this article:

You say "Children at the Mass are having a tougher time watching the action of the mass when there is standing after the Agnus Dei. Those making the switch don't seem to have the children's best interest at heart. They are excluded during this high point of our Liturgy."

Whereas it's true they can't see, by stating " watching the action of the mass" is important (without qualification), you risk diminishing the value of the Extraordinary Form or the Novus Ordo celebrated ad-orientem.

The Liturgy is a mystery, where the hidden realities can sometimes best be communicated through their hiddeness. Active participation does not require the ability to see. I agree this is a fine point lost on a child's attention span, but be careful how you phrase things.

Secondly,
"(VOCAL: many Oregon Catholics have been badgered when they kneel, even at the back of church. Even ridiculed by priests and others...is this in the spirit of this directive?)"

Despite my strong disagreement with the reasoning and process that lead to this decision, nonetheless, it is as you noted explicitly within the authority of the Bishop to make this decision. Even if he's wrong, we are bound by obedience to him.

Those choosing the liturgy as a time to make a protesting act of disobedience are prime candidates for pastoral correction.

I don't think we should obey the bishop even if he is wrong. Are the folks who hold up their hands during the Lord's prayer and at other times during the mass disobeying their local bishop ? I don't see anything in the missal saying that the laity should raise their hands or pointing to the priest while saying "and also with you ". Are the laity to improvise postures during mass ? I'll continue to kneel after the Agnus Dei and pray that I am not doing it out of pride or disobedience but rather kneeling to the ultimate authority - Jesus. Peace be with you !

Your post contradicts itself. You point out the errancy of the laity trying to take the priestly orans position during Mass [even though this isn't explicitly addressed in the missal] and correctly ask, "Are the laity to improvise postures during mass?"

And then you turn around and declare that you are going to improvise your own posture during Mass against the legitimate authority of your bishop...

We are not individual magisteria each endowed with the priestly authority to decide what is most suiting to God in the liturgy. We're Catholics. As St. Ignatius of Antioch says, "Wherever the bishop is, there is the Church." Let us follow our mother.

why do people get hung up on who what to do and when. If kneeling is in the spirit and respect for Christ so be it, It is what it is and has nothing to do with disobedience.
And there can be no better witness!

God Bless you all!

My children when they were younger and now my grandchildren are encouraged and interested in what's going on. To see someone's backside no matter which form of the Mass is taking this away from them.

The I have many grandsons that participate serving in the different rites and forms. My family Roman rite solo, Roman rite with Anglican Use Form, Romanian Byzantine Catholic including a son-in-law who is a priest and is bi-ritual.

They are all under the Holy Father and have different disciplines. We have many fun times talking during Lent, Advent and comparing feast days and calendars.

There are many, many, people who know what children can love at Church and that is Holy Communion. My Byzantine babies have been receiving Communion since infancy and feel the need to receive.

Secondly...WE now have a new Archbishop and this was only a trial run in Oregon. It has failed for many.

Those admonished so harshly were in the back of Church and just the priest could see them.

The norm in the US is to kneel, the Devil doesn't kneel and personally I have felt that I am doing the correct things to kneel..although I see your point.

If I was to become an Episcopal Use Catholic, I could kneel and it would look like I was "disobedient". Prayer is personal and in Byzantine Liturgies this prayer posture can or cannot coincide and no one mentions it..
they might be worshiping the Lord instead.

While it may not be the official posture in a particular diocese (due to the decision of the Ordinary), and while the rest of the congregation might all stand, it is never wrong for an individual to choose to kneel at the customary times such as after the Agnus Dei or to receive Communion. Some Ordinaries have decreed standing during the Eucharistic Prayer and I have seen this in other states. Always a smattering of people throughout the church do kneel, as it their RIGHT at Catholics.

Peace on earth...... Sharing with you an article on Milan's Duomo in http://stenote.blogspot.com/2018/03/milan-at-piazza-del-duomo.html
Watch also the video in youtube https://youtu.be/GkJmdx6yrAo