VATICAN CITY — It's one of the great mysteries of the meeting on family life taking place behind closed doors at the Vatican this week: Just where did the authors of a draft report come up with such ground-breaking language that gays had gifts to offer the church and that even homosexual partnerships had merit?

Officially speaking, the draft report was a synthesis of the interventions from more than 200 bishops, a starting point for small working groups to propose amendments, elaborations, additions and subtractions to the drafting committee preparing a final report that will be released on Saturday.

But conservative cardinals have said their views were not reflected in the draft, they blasted the report as "unacceptable" and said it was in sore need of an overhaul.

U.S. Cardinal Timothy Dolan said his fellow American, hardline Cardinal Raymond Burke, reflected the view of "a good number of people in saying, boy, this document is a rough draft, does it ever need major revisions."

"I think he's right, he's picked up on the side that a lot of bishops, and I would include myself, feel that it needs some major reworking," Dolan told "CBS This Morning."

The most contentious passage is contained in three paragraphs of the 58-paragraph report under the heading "Welcoming homosexuals." It starts off by saying gays "have gifts and qualities to offer the Christian community."

"Are our communities capable of providing (a welcoming home,) accepting and valuing their sexual orientations without compromising Catholic doctrine on the family and matrimony?"

And it continues: "Without denying the moral problems connected to homosexual unions it has to be noted that there are cases in which mutual aid to the point of sacrifice constitutes a precious support in the life of the partners."

There was no reference to Catholic doctrine that gay sex is "intrinsically disordered," sinful or that homosexual orientation was "objectively disordered."

Hungarian Cardinal Peter Erdo, the main author of the report or "relator," defended the document Wednesday but acknowledged problems and said there was ample room for improvement.

He told Vatican Radio that the 16 officials who drafted it struggled to synthesize the positions of 30-40 bishops on any given topic and rushed to finish it on time. He acknowledged that there may have been instances when the report said "many" bishops had proposed a certain position when only "some" had.

But he said the final paper would provide "greater clarity, that doesn't leave any doubt in any chapter because the faithful need a clear voice, an encouragement and an instruction."

Erdo has already "outed" the official who wrote the section on gays, Monsignor Bruno Forte, appointed by Pope Francis as the special secretary to the synod. Forte is an Italian theologian known for pushing the pastoral envelope on dealing with people in "irregular" unions while staying true to Catholic doctrine.

Technically speaking, Forte and all the members of the drafting committee had access to far more material than the bishops themselves since they had the lengthy written speeches each synod "father" submitted prior to the meeting. Those written speeches factored into the draft report, even if the bishops didn't utter them during the four minutes each was allowed to speak.

In fact, the Vatican spokesman, the Rev. Federico Lombardi, said he recalled only one speech out of about 265 about gays during the debate.

So it's not surprising that bishops didn't recognize everything in the draft report since these written submissions weren't made public or distributed to the bishops themselves, and the oral presentations only reflected a summary or particular point that a bishop wanted to make. But at the same time, there is no real way to know which bishop or bishops had proposed such ground-breaking language or whether it was more a reflection of Forte's view.

The controversy over the document has crystalized the deepening divisions in the church over Francis' revolutionary agenda to make it a more welcoming place which, while keeping true to Catholic doctrine, doesn't emphasize rules or exclude people based on them.

What remains to be seen is if Francis can ensure that the final report continues to reflect that view after all the amendments are in.

None of Francis' appointees are Africans, who are among the most conservative on family issues.

Bishop Robert Vasa: “Let Me Reassure You: The Sky Has Not Fallen in Rome...”

...Any attempt to view the relatio—which is an interim report—as equivalent to a papal pronouncement or indicative of some looming change in Church teaching is simply not justified... 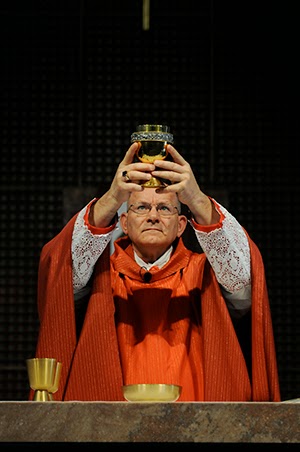 In the 24 hours since the release of the pithily titled Relatio post disceptationem for the Extraordinary Synod on the Family, the media and blogosphere have been thundering with the explosive cheers of those who have craved change in Church teaching for generations and others who wailing and gnashing their teeth, certain this does not bode well for the future.
It is to these latter good souls I address the following observations.

Let us begin by acknowledging that it is important to recognize this report does not constitute a final report. It is simply a report on what has been proposed by one or more of the participants in the Synod.

As such it does not add anything new to the discussion that was not already present some months ago as rumors about what the Holy Father would or would not do vis-à-vis changing certain Church doctrines began to circulate.

Therefore, any attempt to view this interim report—if we want to use a football analogy, a half-time report—as equivalent to a papal pronouncement or indicative of some looming change in Church teaching is simply not justified.

As Cardinal Burke noted, “Clearly, the response to the document in the discussion which immediately followed its presentation manifested that a great number of the Synod Fathers found it objectionable.”

Furthermore, if anything, the relatio in all but a few of its 58 paragraphs simply restates traditional doctrine. For the general theme I see is a reiteration of the need for pastors and for the Church herself to approach suffering people—in this case those who struggle with chastity, failing marriages, or both—with compassionate mercy.


This is not new. Any serious Catholic with experience of the Church’s confessional practice knows that confessors are far more compassionate and understanding than popular media would admit.

George Weigel’s observation is key: “The 2014 synod is an agenda-setting exercise that was intended by Pope Francis to help prepare the work of the 2015 Synod on the Family. The Pope knows full well that marriage and the family are in crisis throughout the world. In his own remarks before the synod, he said hoped [it] would lift up the beauty of Christian marriage and Christian family life in a world too dominated by what he’s often called a ‘throwaway culture,’ the throwaways all too frequently include[ing] spouses and children.”

He continued: “The synod fathers are wrestling with difficult questions. How does the Catholic Church best approach, in a pastoral and charitable way, those who are living in what the Church has no option but to consider, objectively speaking, irregular situations? How does a Church of sinners—which is what all of us Catholics are—call people in those situations to the conversion to which all Christians are constantly called? How can it bring people to see the truth of their situation, and how can it best help them deal with that? These are not simple matters; matters of the heart rarely are.”

As noted above, again, if read in its entirety, the relatio actually upholds much more of the traditional teaching regarding marriage and family than the headlines would lead us to believe. Pope Francis’ influence is clearly present in the expression of a desire for more welcoming language.

This influence is certainly welcome and appreciated.
Posted by VOCAL at 1:00 AM 10 comments

Cardinal Raymond Burke on the Synod on the Family: Questions on the Divorced and Remarried Receiving Communion.

FYI: 4th First Saturday Coming Up. Rosary Bowl at State Fairgrounds 10 am Makes This One Easy 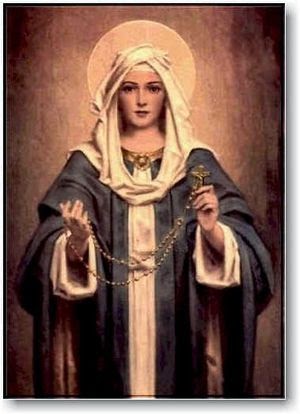