"A New Scandal Brewing in Portland Archdiocese?" The Tip of the Iceberg?

Dear Advocates for Life, VOCAL is passing on this information with the authors okay.

"Many of us have been treated in this same harsh manner from the Archdiocese of Portland. And, in this instance there seems to be little from the Archdiocese to make this fellow Catholic believe that anything will be done about this new scandal. He has agreed to share this with you for this reason alone.

This information exposes many issues on accountability and Christ-like behavior that seems to be missing. More will be revealed as investigation proceeds.

As you see, district attorneys are involved. Mishandling of our collection plate monies might also be an issue, as is a cover-up. Included are two emails, a copy of the Oregon Corporations Non-Profit information and the applicable Code of Canon laws 1740 and 1741 below. "A New Scandal Brewing in Portland"

My dear brother Knights, KAST will be airing even more "revelations" regarding Fr. Ted at 8AM tomorrow morning. This afternoon I had a unbelievable conversation with Bud Bunce the official spokesman for the Archdiocese. So much so that I decided to write to Bill O'Reilly to ask him to look into this scandal. Yes, this is a scandal. Fr. Ted's now self-admitted relationship with Antonia Valdes and his covering it up and lying to his parish is scandal.

The renewal of their relationship while he was preparing for ordination and the forming of a non profit in 2003 that is now the focus of Archdiocesan and Criminal investigations and his admission, from the pulpit, that Antonia Valdes is not really the nun that he himself told people she was is so fraught with the conditions that can cause scandal and grave harm to the Church that the conditions required for removal in Canon Laws 1740 and 1741 cannot be ignored.

But the Archdiocese has decided that this is nothing more than an accounting issue. As you read my letter to O'Reilly pay attention to what Mr. Bunce said they would say about me. This is from the Public Spokesman for our Archdiocese.

In effect, we'll destroy you. The plain and simple situation is that the Archdiocese is not going to admit that they ignored the pleadings of the parishioners for at least two years about these issues. Witness my rebuff from the Superintendent of Education last year. Mr. Bunce told me that they had no idea that parishioners were upset about these problems. What CRAP. Well, if this becomes a national story with all the horrible consequences that will follow, you can look directly at the Chancellery in Portland for the answer as to why.

Nothing, absolutely nothing, has been learned since we went bankrupt. I ask that you pray that the Archbishop will come to his senses and end this ordeal for our brothers and sisters at St. Mary, Star of the Sea. Second Email to Bill O'Reilly To: oreilly@foxnews.com Sent: Sunday, February 01, 2009 6:07 PM Subject: A New Scandal Brewing in Oregon Archdiocese?

Bill, I know you were very involved in the Boston Archdiocese situation and the poor handling of the scandals. It seems the Archdiocese of Portland has not learned much since the sex scandals that forced it into bankruptcy. The Daily Astorian on Friday, Jan 30, reported the Clatsop County District Attorney has opened an investigation into allegations of financial irregularities at St Mary, Star of the Sea Parish that appear to involve the Pastor's relationship with a mystery "nun" at the parish. It now transpires that the "nun" is not a nun but a woman with whom the Pastor had a relationship with prior to his entering a seminary in 1998.

It is alleged that they set up a non profit organization called "Nuestro Futuro" (A New Future) and that parish funds in the tens of thousands of dollars were given to this organization. Allegations are that up to half a million dollars, including bequeathals, may be involved. Parishioners and persons involved with the school tried without success for up to two years to get the Archdiocese to look into these problems. 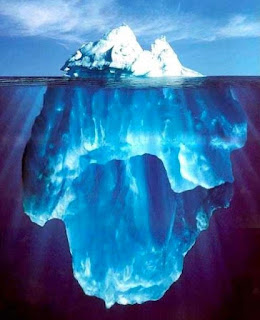 The Archdiocese did nothing. It was not until it was discovered that the Pastor had gone to his family and obtained $23,000 to cover funds he had "borrowed". Last July I personally asked the Archdiocesan Superintendent of Schools to look into the financial affairs of the parish school. He actually told me he was tired of the subject and didn't want to talk about it! The local radio station KAST (Tom Freel) reported in two articles on its website some sordid details pertaining to the Pastor and the "nun". The Archdiocese has actually relieved the Pastor of his financial responsibilities but has unbelievably decided to keep him as Pastor until July or, get this, until he is indicted!!!!!!!!!!!!!

Yes, that was the message the Parochial Vicar delivered to the Parish Council on Friday night. Can you imagine going to Mass and having to receive the sacraments from this Pastor under these circumstances? The parish and school are in meltdown. The priest rebuked the parishioners today from the pulpit and blamed "vindictive" school parents for the his problems. He then amazingly told the congregation that, no, the "nun" really wasn't a nun but she was a "Sister of God" and that the parishioners should not judge their hearts (???????!!!!!!!!!!)

People walked out of the church literally in shock. I called the Archdiocesan spokesman, Bud Bunce, and asked him how long the Archdiocese was going to let this go on. Why doesn't the Archbishop get him out of the parish? He then told me in a condescending manner that there are "procedures" that have to be followed and that I didn't understand Canon Law. I asked if there might be some "procedures" that could be invoked in emergency cases. (There are. See Canon Law 1740 and 1741). He said the Archdiocese is not considering this an emergency case. One wonders what in this Archdiocese would constitute an emergency.

Business as usual, I suppose, in Portland. I then said you guys are just begging for O'Reilly to come in on this. He said fine, call O'Reilly, we'll call you a nut. I then asked him if the Archdiocese was aware of the allegations of the KAST reporter and he said "What allegations"? I said you don't know about the KAST allegations? I asked him what planet are you living on? I said Its all over the town. I then told him of what KAST had reported. While he was telling me that the Archdiocese was doing everything it could on the matter he wasn't even aware of the explosive nature of these allegations. I said you've got to be kidding.

He then said "We don't pay attention to stuff like that". Then he hung up on me. ( I'll admit I was very agitated with his blasé attitude). Bill, I'm not making this up. Can you imagine an Archdiocese that just went through hell on the sex scandals allowing something like this to play out the way it is doing now? I'm the grandparent of students in the school and a member of the neighboring parish. My admission of this to Mr. Bunce elicited a remark to the effect that it was then none of my business. I know this is about a small parish in Oregon. But it appears that nothing has changed here in the Archdiocese of Oregon. I think a harsh dose of sunlight may be necessary.

Read the Astorian article and absolutely read the articles on the KAST website (coastwatch.blogspot.com). If you then have interest, I will gladly fill you in what is going on here and the principals in the matter. Somebody has to hold these people accountable. The school's teachers may walk out tomorrow.

Long time Fourth degree Knights have decided to leave the parish. This story has long, long legs. It is not really about a parish. It is about an Archdiocese.

SECTION II: THE PROCEDURE FOR THE REMOVAL OR TRANSFER OF PARISH PRIESTS (Cann. 1740 - 1752) CHAPTER I : THE PROCEDURE FOR THE REMOVAL OF PARISH PRIESTS Can. 1740 When the ministry of any parish priest has for some reason become harmful or at least ineffective, even though this occurs without any serious fault on his part, he can be removed from the parish by the diocesan Bishop.

Can. 1741 The reasons for which a parish priest can lawfully be removed from his parish are principally: 1° a manner of acting which causes grave harm or disturbance to ecclesiastical communion; 2° ineptitude or permanent illness of mind or body, which makes the parish priest unequal to the task of fulfilling his duties satisfactorily; 3° the loss of the parish priest's good name among upright and serious-minded parishioners, or aversion to him, when it can be foreseen that these factors will not quickly come to an end 4° grave neglect or violation of parochial duties, which persists after a warning; 5° bad administration of temporal goods with grave harm to the Church, when no other remedy can be found to eliminate this harm

Can. 1742 §1 If an investigation shows that there exists a reason mentioned in Can. 1740, the Bishop is to discuss the matter with two parish priests from a group stably chosen for this purpose by the council of priests, at the proposal of the Bishop. If he then believes that he should proceed with the removal, the Bishop must, for validity, indicate to the parish priest the reason and the arguments, and persuade him in a fatherly manner to resign his parish within fifteen days. God Bless you and yours, Carolyn "When there is an imminent danger for the Faith, Prelates must be questioned, even publicly, by their subjects." -St. Thomas Aquinas
Posted by VOCAL at 7:37 PM