VOTE for LIFE: The Seamless Garment aka "The Emperor's New Clothes".

Is the "seamless garment" coined by Joseph Cardinal Bernardin of Chicago considered true Church teaching or is it the Emperor's New Clothes? 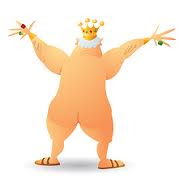 The "pro-Life" confusion in the pews seems to revolve around what is the "consistant ethic of life." All life is valuable, but there is a primacy; a heirarchy of Truth.

Many are jumping on the statement from Cardinal Ratzinger and the ability of Catholics to vote for pro-abortion politicans when there are "proportionate reasons". But..he gave direct proportions to unborn Catholics stating, "Not all moral issues have the same moral weight as abortion and euthanasia." ......."There may be a legitimate diversity of opinion even among Catholics about waging war and applying the death penalty, but not however with regard to abortion and euthanasia."

We need a firm foundation and the Church guides us from the first century Didache:

There are two ways, one of life and one of death; and between the two ways there is a great difference.

2 Now, this is the way of life:…"Do not murder; do not commit adultery"; do not corrupt boys; do not fornicate; "do not steal"; do not practice magic; do not go in for sorcery; do not murder a child by abortion or kill a newborn infant. "Do not covet your neighbor's property; do not commit perjury; do not bear false witness"; do not slander; do not bear grudges. Do not be double-minded or double-tongued, for a double tongue is "a deadly snare." Your words shall not be dishonest or hollow, but substantiated by action. Do not be greedy or extortionate or hypocritical or malicious or arrogant. Do not plot against your neighbor. Do not hate anybody; but reprove some, pray for others, and still others love more than your own life.
The Catechism of the Catholic Church also helps us through this: 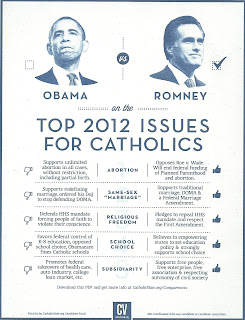 • 2258 "Human life is sacred because from its beginnings it involves the creative action of God and it remains for ever in a special relationship with the Creator, who is it sole end. God alone is the Lord of life from its beginning until its end: not one can under any circumstance claim for himself the right directly to destroy an innocent human being."

• From it's conception, the child has the right to life. Direct abortion, that is, abortion willed as an end or as a means, is a "criminal" practice gravely contrary to the moral law. The Church imposes the canonical penalty of excommunication for this crime against human life. 2322

Abortion is big business. Besides the money generated is from the largely unregulated procedures. The body parts of the children are sold for large profits. Even the eggs from baby girls, twelve weeks old gestational age, are harvested and sold.

Abortion is against nature. The "fruit" of abortion is that women lose their value as persons and become objects; escalating the downward cultural spiral we are experiencing. Abortion hurts more than women, it effect us all and is NOT just between a woman and her doctor.

NUMBERS:Over 50 Million abortions since 1973 - 1.3 million each year - 36 in Oregon each day.
Catholic women have as many abortions as secular woman and more than Protestant women.
Has the "seamless garment" become more than the "Emperor's New Clothes", has it become a Shroud?

For those who are suffering from "pre-election anxiety disorder" the best remedy is ACTION!
• PRAY, PRAY, PRAY! The novena for elections from Priests for Life is at priestsforlife.org
• FAST, FAST, FAST! Limit food, smile, Trust in God, iron, weed the garden! Etc.