Well, things couldn't be more exciting. We are expecting a new President..and a new Archbishop 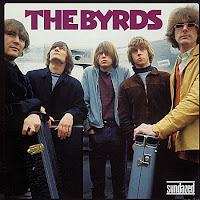 Interestingly enough The Byrds, singing group from the '60's, expresses the Bible's words from Ecclestiates 1 "To every thing, turn, turn, turn, there is a season, turn, turn, turn, and a time to every purpose under the heaven." etc. is a play on the word "terna".

TERNA: A list of three names submitted to the Holy See as candidates for a particular episcopal see; or a similar list given to the superior general of a religious institute for appointment or approval as provincial. the term always includes reasons pro and con for each of the recommended candidates. (Etym. Latin terni, three each; from ter, thrice.)

From VOCAL's latest comment two candidates for Archbishop are left and we have the two candidates who are running for President of the United States with America approving the winner.  Our religious freedom is on the line in both cases.

Please free us O, Lord from the oppression of not being able to freely speak of You and Your Deposit of Faith even in our Churches.  Thy Will be Done.

Here are two comments that I believe you should know about.


Dear Father,
Absolutely, I'm aware of the veracity of your words, certainly that is the usual procedure.

That is why it seems strange that another priest would have the idea that a long-time priest who is little more than a bureaucrat in the chancery (Fr. B) would be elevated. He is not even the most senior Vicar in the archdiocese now.

At the very most if Fr. B was going to be promoted, it would likely be as a Bishop not an Arch, and to a small See, probably without a major seminary and publishing company.

However, the tacit implication a few of us got in this conversation, which of course I admit is PURE speculation, is that there are "wheels within wheels" and "one hand washes the other" and this Fr. B may be a nobody on most Catholic radar screens, but has power and influence in his own way, and is a pet of Abp. Vlazny's.

Whatever, this is idle wondering, but I am just passing along what I heard from some pretty savvy people. I would not even have mentioned but it seems this particular story is already at the gossip level, so just sharing this idea.

But Fr. Anonymous, most likely you are correct and so is Carolyn. With the excellent appointments the Holy Father has been making, it would be hard to fathom this happening. Then again, ours is not to question why, ours is but to be surprised!
October 30, 2012 11:18 PM
Carolyn O said...
FLASH!

The Terna was presented. I cannot give names, sorry. All were questioned about "how they would handle the Fr. Angel Perez situation." One bishop was eliminated based on his response, which indicated passivity.

Now the decision is being made between the 2 remaining bishops.

Vlazny is already out, we can expect an announcement soon.
November 3, 2012 4:32 PM     Whole post and comments. click.  #1 Pick for New Archbishop of Portland
Today, November 4th, Feast day of St. Charles Borromeo who was the cardinal archbishop of Milan from 1564 to 1584. He was a leading figure during the Counter-Reformation and was responsible for significant reforms in the Catholic Church, ... Wikipedia,  is our 45th wedding anniversary.


Election day, November 6th, Feast day of Saint Leonard patron of political prisoners, imprisoned people, prisoners of war, and captives, women in labour, as well as horses. Died: 559, is also my 65th Birthday.
You know what my birthday wish is.  So do my grandchildren. 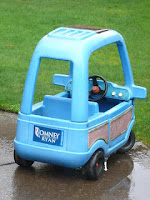 "Life isn't about waiting for the storm to pass......it's about learning to dance in the rain!"

Things are really out of our hands about both postitions. God's Will be done...maybe He will listen to His Mother since she is the Patroness of the United States.

Thanks for all your prayers and good deeds.