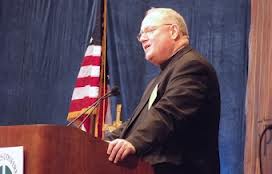 Last week, Catholic left-wingers felt emboldened. This week they are in despair. At the meeting of the United States Conference of Catholic Bishops in Baltimore, the bishops once again committed themselves to the civil rights of the unborn, the defense of marriage, and the cause of religious liberty. Thus those Catholics who reject the Church’s teachings on abortion and marriage, and who support the anti-Catholic mandate being imposed by Health and Human Services, lost big time. Moreover, a vaguely worded document on the poor, which was not distributed to the bishops until they arrived at the meeting, was shot down.


Cardinal Dolan: Not Giving Up Fight Against Obamacare

It is important for the practicing-Catholic community—the only subset that really counts—to understand that there are any number of front groups out there who deceitfully use the Catholic label to advance their agenda. Three such entities that are condemning the bishops are Catholics for Choice, Catholics United, and Faithful America.


Catholics for Choice is the oldest of the anti-Catholic front groups—it is a creature of the Ford Foundation and has no members—and it told the bishops that they need to “realize the error of their ways.” There are two groups lecturing the bishops to “refocus their attention on caring for the poor and vulnerable” (by which they mean pushing for more welfare): Catholics United and Faithful America; the former was founded with seed money from atheist billionaire George Soros, and the latter is an online hybrid of another Soros-funded front group, Faith in Public Life.


Remember all those Catholic left-wingers who for years were singing the refrain about the need to achieve common ground? Some of us never believed them, and now at least one of them has admitted that this was a ploy all along. “It is said after every election that the victors should put politics aside and work for the good of the country,” wrote E.J. Dionne this week. Then he unloaded: “If President Obama believed this pious nonsense, he would put his second term in jeopardy.” Nice to know he does not want the president to “work for the good of the country.”


Contact our director of communications about Donohue’s remarks:
Jeff Field
Posted by VOCAL at 10:53 AM