Stop the Insanity! Archdpdx Pro-homosexual hires, Why No Pro-Life Catholic Speakers? ....to be continued


There is a battle for the souls of Oregon Catholics. In feedback I've received from Catholics that are trying to get IRS LEGALLY acceptable information voting information into Oregon Catholic churches, there are roadblocks set up by many priests and church staff. This information and education are censored. 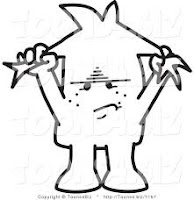 Conversely, the Obama pushing Catholics that work within the Archdpdx and have all the power/money are having a field day with getting their points across. Cases in point, the Catholic Voters Conference. (one to go in Oct) and the welcoming of dissident priests Fr. Richard Rohr and Father Roy Bourgeois just recently and now Sr, Simone Campbell, SSS with Saul Alinsky/Faith in Public Life affiliated NETWORK.


At the Fr. Roy event staff from the Archdiocese was seen helping out in the Ecumenical Ministries of Oregon parish where it was held. So..the Pro-Obama/anti-McCain message (no fear of IRS here), pro-women priests (two of whom were there, Toni Tortorilla and Ruth Broeski), pro-homosexual, pro Call to Action and the generally progressive Archdiocesan position was alive and well.

NOW we have more Obama promoting under the banner of the Office of Justice and Peace's Cat Willett, and her St. Andrew Parish Sr. Simone Campbell Parish (where these things originate) a new lecture series named after her mother.

This latest pro-Democrat meeting will be held at All Saints Church where another Willett, Claire, who teaches confirmation, goes to church. Here is a YouTube of Claire Willett who mentions her sister Cat in her opening sentence. I found this in July of 2007 and have sent emails and a letters to the Archbishop with no response. I chose not to be really public with this video in respect for Mrs. Willett until after she died, even though chances are she saw the YouTube video of her daughters. A guy will speak first and then Claire Willett will speak, about her sister and herself. This is part of Soulforce. Fr. Roy Bourgeois is involved in this too.
Scandalous Message From Her Own Lips about her Lifestyle - No comment from Archdpdx.

No money for the unborn, elderly or strengthening of families. Only strengthening of anti-Catholic values with these latest speakers and the voters conference giving a platform for dissent.

We declared bankruptcy because of homosexuality, we have St. Andrews, and All Saints Church involved in Gay Pride parades with no end in sight to this insanity. Connect the dots.

Hiring just liberal staff to push the liberal agenda is unjust, and obviously planned for this election. The Archdpdx doesn't give money for pro-life speakers and can't get a budget or staff for Pro-life work. We are shut down at the parish level and can't get Catholic Teachings on Life handed out at no cost. Let's stop the insanity.
Posted by VOCAL at 1:27 PM

I don't expect to see you post this comment on your blog; it is probably too frank. But I find it quite offensive that you continue to persecute my family (the Willetts) on your blog.

I notice that you have posted my unlisted phone number on your blog, which is a violation of blogspot privacy policy.

It is also patently untrue that you went easy on the Willetts while my wife Theresa was dying of ALS. Not that I understand what that has to do with slandering people on your blog.

Regarding the Simone Campbell lecture (which you didn't attend), it is not the case that pro-life issues were ignored. In fact, they were a significant topic of discussion. The dignity of human life from conception is one of the key principles of Catholic Social Teaching and no one was running from that.

I would welcome postings on this blog which calmly and rationally discussed these important Catholic beliefs, and didn't descend to personal attacks and guilt by association.

May God give you peace -- Ken Willett

This article erroneously implies that the Archdiocese of Portland funded Sister Simone Campbell's visit to Portland and her lecture. In fact, she paid her own travel, and her lecture at All Saints was funded by parisioners who made donations specifically for this lecture series.

I won't censor anyone for being frank and welcome dialog for clarification.

As far as "persecuting" your family, remember that your family is employed by the Archdiocese of Portland and their salary, etc, is paid by collection plate money. It is not without justice that things are called into account.

I am sorry for your loss and wrote to Cat about her mom, as my mother too died of ALS when I was about Cat's age. There was also a gift of a third class relic of St. Bakita of the Sudan I sent to her. I didn't expect a response, that would be abnormal.

I held back on the public video of Claire's and Soulforce. This is a public information, as is your telephone number. You are a computer guy, just look.

Although I didn't attend Simone Campbell's lecture others did and the lecture didn't suddenly turn into a "save the unborn" plea. Rather it was the same liberal banter of Bernadine's seamless garment theory that is not church teaching. To be Pro-life and save the unborn is seen as a Republican ideal, and poison to bring up at these "lectures". These seem more like brainwashing sessions pulling even more people away from Christ's True Church Teaching, how will people hear the voice of the Shepherd?

And to continue...in answer to your last post...Yes, indeed the Archdiocese DID take collection plate money for the Campbell lecture. It was advertised in the
Sentinel, on the Justice and Peace website and St. Andrew's bulletin. Who pays the salary of those putting these things together?

Those of us who are working to form our conscience to that of the Church are blocked by those with liberation theology as their guide, the Office of Justice and Peace promotes this error and needs to be addressed.