2019 PRIEST ASSIGNMENT FOR ARCHDIOCESE OF PORTLAND 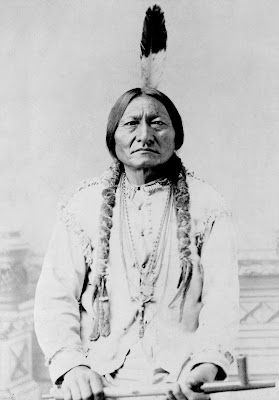 This crucifix he received from Father De Smet in 1868 was the same one he wore in his most famous portrait taken in 1885. If you look closely, the crucifix has skull bones on its bottom. This type of crucifix was popular with Jesuit missionaries at the time because the world Calvary means “the skull,” meant to be a reminder of the story of Salvation and why Christ died for us.
Posted by VOCAL at 2:50 PM 9 comments

How to Receive the Eucharist the Right Way.

The Archdiocese of Portland wants to help you receive the Eucharist the right way, so we made a little video to help you out. @CatholicSentnl https://t.co/N4kBehzJnH pic.twitter.com/dXQW9Lc2eM
— Archdiocese Portland (@archdpdx) May 31, 2018 
"Come, let us bow down and worship. Let us kneel before the Lord who made us".
Posted by VOCAL at 12:00 PM 8 comments