Guest Article: How Our meeting went at the Chancery regarding the Public School's desire to push their immorality on Catholic chlidren and inviting Satan in.

VOCAL.  Some Oregon Catholics are seemingly censored by the Pastoral Staff and the Catholic Sentinel.  It is sometimes hard to get your experiences addressed. When things bring children into the mix, we are there too.
From a reader:
"A couple of months ago, I and a good friend had a meeting with Todd Cooper and Jason Kidd. We are members of a group called Parents Rights in Education. You may recall we stopped the Adolescent Sexuality Conference (among other things).2015 Adolescent Teen Sexuality Conference at Seaside CANCELED. Videos for Adults Only
Often at our meetings, we are asked by our Protestant associates what is the Archdiocese’s position on this or that issue pertaining to the state’s invasion of privacy regarding parent’s rights in sexual matters. (Deep down they really do think the Catholic Church has Authority). We often have to say that we will find out. That avoids us having to say that they have no position or at least publicly stated position on these matters ( for example, School Based Health Centers dispensing contraceptives in elementary schools).
Our meeting was about the time that the Oregon Department of Education announced its very pro-transgender “guidelines for Oregon public schools”. Most Oregon Catholic children attend public schools. So why doesn’t the Church speak out?  It is frustrating. So we contacted Todd Copper and arranged a meeting for lunch with him and Jason Kidd. 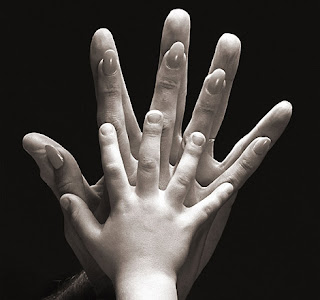 We actually thought we might get some help from the Archdiocese or the Archbishop or someone in the Chancellery. After about two hours, we left to return to the coast. We could not get an answer out of either Cooper or Kidd as to how the Archdiocese could help Catholic parents whose children were being subjected to the State Department of Education’s propaganda about transgender “rights”.
Riding back to the coast, we finally looked at each other and said “Did we just very smoothly get sandbagged?”. It was like talking to a politician. Nothing substantive was ever uttered by either person although I felt Kidd was more sincere. (He has only been employed by the Chancellery for about two years). All they wanted to talk about were “processes”.  I think Cooper is just a  bureaucrat. I still have no idea what his convictions about the issues that were important to us were. Nice salaries, health care, pensions, hob nob with the in-crowds, etc. but not really accomplishing much to help Catholic parents stand up to the propaganda of the State of Oregon or the Federal Government.  The Chancellery just seems to be a small version of the USCCB. “ArchPrincess” Mary Jo may be gone but the stable still needs cleaning.
A recent example: A Satanic organization is now organizing to have a number of Satan Clubs in Oregon’s elementary schools. One is being organized for Nehalem Elementary School which is located in my town. What is the Archdiocese’s response or position to this group’s targeting of elementary children in Oregon? Don’t hold your breath.
One of the reasons why Oregon is such a mess is that the Chancellery won’t confront issues such as these. Oh, they will tell you that they are waiting for something bigger to stand up to and they don’t want to “waste” resources.
If you recall, when Rudy Giuliani became Mayor of New York, he instituted a program of targeting small crimes, in effect nipping aspiring criminals when they were beginning to stray from being good citizens. It worked. During his eight years, crime dropped dramatically. Those tempted to commit crimes knew they could not get away with breaking windows much less stealing cars, etc.
The Archbishop needs to take this approach. The immoral crowd running the Oregon public education system and the State of Oregon have no fear of losing the Catholic vote because there is no Catholic vote anymore. Up until the late 1960’s Catholics were a force to be reckoned with in our country.
Then the USCCB began its love affair with Federal money.
Maybe the Catholic Church in the United Church should stop feeding at the Federal trough.  Then if some bureaucrat or agency or politician proposes something that violates moral laws or imposes such on Catholics and their children, thunder can again come out of Chancelleries with nothing to lose!
Many of us Catholics would stand up and cheer.
Nothing is going to change with the Todd Coopers as the “firewall” between us and the Archbishop."