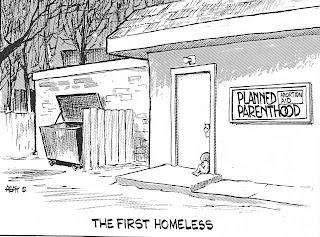 Planned Parenthood kills enough children every year to fill every Portland school over seven times. Planned Parenthood’s material is very graphic and destroys the purity of our children.
Posted by VOCAL at 7:30 PM

Absolutely. Thanks for the fine msg., Carolyn. God bless you,

Bill's doing such a great job and putting himself out for truth. God Bless him and his work.