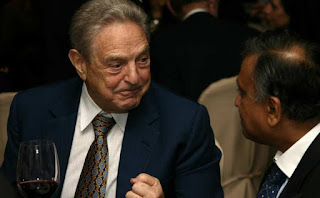 Concluding their report reflecting on the success of the grant to influence the papal visit, the Soros group was very pleased with the results. Looking to the future, they are excited that the long-term goal of shifting the priorities of the Catholic Bishops in the United States “is now underway.”
Posted by VOCAL at 12:59 AM

Very disturbing but I am glad you posted it VOCAL. Thanks for your service to Jesus and his Church.