WYD Pope: Kids, Make a “Mess” in Your Dioceses. Are Adults Allowed? :-)

RIO DE JANEIRO—Pope Francis showed his rebel side on Thursday, urging young Catholics to shake up the Church and make a “mess” in their dioceses by going out into the streets to spread the faith.

It’s a message he put into practice by visiting one of Rio’s most violent slums and opening the Church’s World Youth Day on a rain-soaked Copacabana Beach. Francis was elected Pope on a mandate to reform the Church, and in four short months he has started doing just that: He has broken long-held Vatican rules on everything from where he lays his head at night to how saints are made.

He has cast off his security detail to get close to his flock and his first international foray as Pope has shown the faithful appreciate the gesture. Dubbed the “slum Pope” for his work with the poor, Francis received a rapturous welcome in the Varginha shantytown, part of a slum area of northern Rio so violent it’s known as the Gaza Strip.

At home in slums The 76-year-old Argentine seemed entirely at home, wading into cheering crowds, kissing people young and old and telling them the Catholic Church is on their side. “No one can remain insensitive to the inequalities that persist in the world,” Francis told a crowd of thousands who braved a cold rain and stood in a muddy soccer field to welcome him.

No amount of peace-building will be able to last, nor will harmony and happiness be attained in a society that ignores, pushes to the margins or excludes a part of itself.” It was a message aimed at reversing the decline in the numbers of Catholics in most of Latin America, with many poor worshippers leaving the church for Pentecostal and evangelical congregations. Those churches have taken up a huge presence in favelas, or shantytowns such as Varginha, attracting souls with nuts-and-bolts advice on how to improve their lives.

The Varginha visit was one of the highlights of Francis’ weeklong trip to Brazil, his first as Pope and one seemingly tailor-made for the first pontiff from the Americas. Surprise encounter The surprise, though, came during his encounter with Argentine pilgrims, scheduled at the last minute in yet another sign of how this spontaneous Pope is shaking up the Vatican’s staid and often stuffy protocol.

He told the thousands of youngsters, with an estimated 30,000 Argentines registered, to get out into the streets and spread their faith and make a “mess,” saying a church that doesn’t go out and preach simply becomes a civic or humanitarian group. 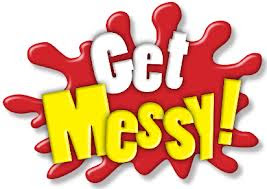 “I want to tell you something. What is it that I expect as a consequence of World Youth Day? I want a mess. We knew that in Rio there would be great disorder, but I want trouble in the dioceses!” he said, speaking off the cuff in his native Spanish.

“I want to see the church get closer to the people. I want to get rid of clericalism, the mundane, this closing ourselves off within ourselves, in our parishes, schools or structures. Because these need to get out!”

Apparently realizing the radicalness of his message, he apologized in advance to the bishops at home.