This article connects us because we are embroiled as our former Archbishop, now Cardinal George, is with the same type of  Catholic Campaign for Human Development (CCHD) groups in Oregon.

The questions arise in the Archdiocese of Portland with the groups that were chosen for Oregon Catholics year after year having connections that are anti-Catholic.  Fungible funding using money donated for a "good" thing, frees up more money to be used for "bad" things.

CWN - July 31, 2013
s
Cardinal Francis George of Chicago has defended the Catholic Campaign for Human Development’s decision to cease to fund the Illinois Coalition for Immigrant and Refugee Rights (ICIRR) after the group announced its support for same-sex marriage, a Chicago news radio station reported. 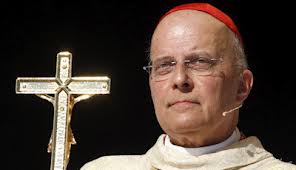 “Donors to the CCHD give to this anti-poverty organization with the understanding that their money will be passed on to organizations that respect the teachings of the Catholic faith,” he said. “Organizations that apply for funds do so agreeing to this condition. On May 23, the ICIRR board broke faith with its member organizations when it publicly supported so called ‘same-sex marriage.’”

“For its own political advantage, it introduced a matter extraneous to its own purpose and betrayed its own members, who were not consulted,” he continued. “The CCHD had no choice but to respect the unilateral decision of the ICIRR board that effectively cut off funding from groups that remain affiliated with ICIRR. Without betraying its donors or the Catholic faith, the Catholic Church’s long-standing work for immigrant groups and for immigration reform remains intact.”

Cardinal George also responded to the politicians’ charge that “Church leaders have decided to use immigrants and those who seek to help them as pawns in a political battle.”

“Because the signers of the letters are Catholic, they know that in a few years, like each of us, they will stand before this same Christ to give an account of their stewardship,” said Cardinal George. “Jesus is merciful, but he is not stupid; he knows the difference between right and wrong. Manipulating both immigrants and the Church for political advantage is wrong.”