University of Portland: Cleaning Up Its Act for Archbishop Sample?

With the advent of Archbishop Alexander K. Sample having his Installation at the University of Portland some things are being broadcast on the news that beg our attention.

Channel 6 had a report of the Univeristy of Portland's President, Father William Beauchamp's statement that caused quite a firestorm at the school . He said in his Fireside Chat on Monday, February 18th regarding the same-sex faculty and staff on the UP campus..

“The Catholic Church has certain expectations regardless of whether you’re heterosexual or homosexual,” Beauchamp said.

“The courts looking at [the non-discrimination policy], especially in Oregon, could take sexual orientation to mean sexual practice, whether or not it’s same sex couples.” 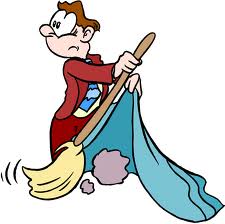 Beauchamp acknowledged the presence of LGBTQ individuals on campus.

When asked for clarification Tuesday, Beauchamp said the University would address a situation only if it “were to become a public scandal.”

The students of the "Gay, Straight Partnership" Club under Special Interest Groups on campus said through Facebook:

"Take it with a grain of salt, but Fr. Bill was not at his best when he gave his fireside chat comment; there were many unanticipated questions being asked and his comment sounded worse than he meant it to be.

Keep in mind that a lot of progress has been made under Fr. Bill’s administration (GSP, Statement of Inclusion, Presidential Advisory Committee on Inclusion)"

In his defense, Father Beauchamp made the "Vagina Monologues" go off campus for their event.  This was when he was made president of the Univeristy around 2004.

I called his office and we exchanged emails.  He was very cordial.

Catholic private schools should adhere to Catholic teachings.  It's not popular especially in Portland, but it is necessary for Christ to be known to these students.  If they don't have a strong Catholic family, the school has to at least have Catholic principles explained and help these young people and old it seems.


It seems the Dalai Lama Plans Talks at U of P Environmental Summit in May  Let's hope that the students know their Catholicism as well as "mother earth".

Remember...the installation of Archbishop Samples, Tuesday, April 2nd at the Chiles Auditorium at the Univeristy of Portland.  Bring your holy water.

Perhaps the archdiocesan newspaper will get cleaned up too? Sure needs it.

No wonder Our Holy Father chose Bishop Alexander K. Sample to be in Oregon.

He'll need so much prayer in the Pastoral Center. Maybe we should do an Exorcism on the building.

A priest told me that there was a group doing just this. The whole layout is not unified. It was an old apartment complex I think at first. I don't know of too many people finding it welcoming.

Let's hope that the students know their Catholicism as well as "mother earth".

They teach the "Earth Charter" in schools under Bob Mizia.

He stood and did nothing just like the Archbishop when i was thrown out of the Pastoral Center.

They need to have a class on Catholicism.

Are the students familiar with the catechism of the Roman Catholic Church ? If they disagree with it (and it's teaching regarding sexual activities), why do they attend a school that is affiliated with the Catholic Church ? Tough love regarding the active practice of homosexuality requires exposure by us other sinners. If I am unfaithful to my wife (for example) please confront me with it. That's true love.

Being taught by homosexuals that are not penitent are a real problem for so many Souls.

The world is upside down and we knew that this would happen because Satan wants as many souls for his kingdom of hell.

Students at U P need to read Romans Chapter 1 and digest what it means!

Interestingly enough when Pro-life superstar at the time, Janet Folger, now married, toured Oregon and went to four colleges, U of P, Reed, U of O and PSU.

The most receptive was REED. The rudest and openly hostile was the University of Portland.

It seems it hasn't changed.